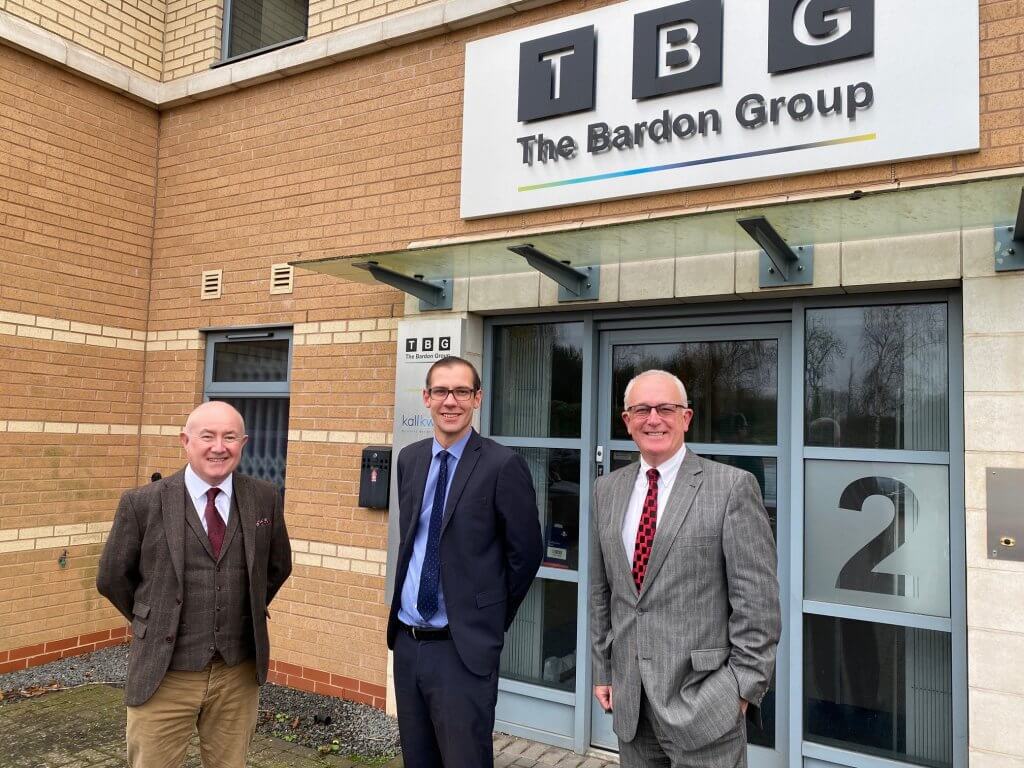 After 18 years at the helm of Recognition Express and latterly The Bardon Group, managing director Nigel Toplis is to step back from day to day running of the business as he takes on the position of non- executive chairman of the Group. Operations director Chris Masters has been promoted to be managing director of Recognition Express and Techclean to drive the next phase of the companies’ growth, enabling Nigel to take a more strategic role and develop his interests in South Africa. Laurence Bagley remains a senior presence on the board as finance director with over 20 years’ service to the Bardon Group.

Explained Nigel Toplis: “I believe everyone has a ‘sell by date’ in any role. I’m not talking full retirement yet as I feel I have many more years of leadership in me, but robust succession planning is perhaps one of the most important aspects a successful business must address. We’ve been planning my transition from MD to chairman for some time and from very early on in his career at Recognition Express it was obvious that Chris Masters possessed the aptitude be ‘heir apparent’. He’s worked closely alongside me, stepping up last year to become operations director to prepare for this moment, and I look forward to mentoring him as he settles into his new role.

“As many people know I spend several months each year in South Africa and have developed a great love for the country, its people and wildlife. I’m ready for a new challenge and want to spend more time over there supporting small developing business in South Africa and working to protect elephants and rhinos on the continent.”

Chris first joined the Bardon Group in 2002 holding various head office roles and spending some time working in a Recognition Express franchise. He also runs a Techclean territory in his own right giving him insight into the business from both sides. He brings a wealth of experience in all aspects of the business and depth of knowledge of franchising to his new role.

The Bardon Group employs a ten-strong head office team to support its thriving UK-wide network of franchisees. Chris’ responsibilities now include leading and motivating his head office colleagues as well as mentoring franchise owners in both Recognition Express and Techclean. He has a particular interest in marketing and was the brainchild behind the recent highly successful Recognition Express personalised NHS teddy bear charity initiative.

“I’m ready for the challenges that being managing director will bring,” said Chris Masters. “Having spent almost my whole working life in the franchise industry and at Recognition Express I have the insight and understanding to be able to bring new ideas and working practices to the business whilst at the same time build on the solid foundations laid down by Nigel and his predecessor.

“ Listening to and understanding the needs of our network especially in these unprecedented times is vital and I am committed to do everything we can to help each individual franchisee grow and develop his or her business. “

You can learn more about a franchise with ComputerXplorers, Techclean and Recognition Express at Franchise UK.

10 reasons why you should open a beauty franchise
»