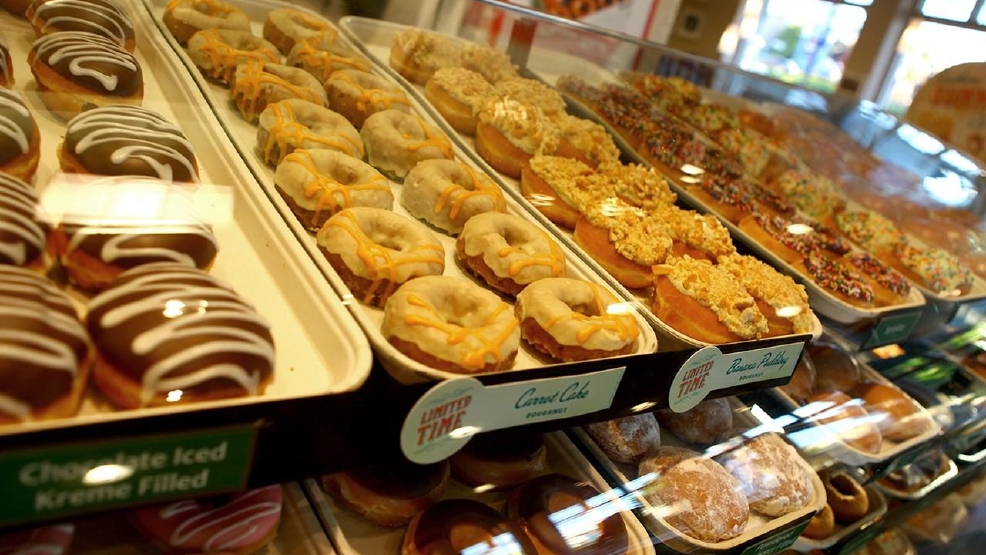 Although it’s one of the smaller food franchises on the high street – the brand has 824 branches around the world, down from a peak of 987 in 2014 – Krispy Kreme is still a household name, especially among those with a weakness for sweetness. Having grown slowly and steadily over the years, the Krispy Kreme donut franchise has earned itself a reputation for quality, stability and great-tasting products. A good example of how the franchise model can be used to support long-term growth, the brand is perfectly poised to take full advantage of changing trends and to continue its expansion into new countries and new marketplaces around the world.

The origins of Krispy Kreme

Unlike many well-known food franchises – McDonalds, Burger King, KFC and Pizza Hut to name just a few – Krispy Kreme isn’t a product of 1950s America. Although its bow tie logo and iconic products may conjure up images of the golden decade, the brand’s roots are actually almost 20 years older and can be traced back to the turbulent days of the 1930s.

In 1933, 18-year-old Vernon Rudolph began working alongside his uncle Ishmael Armstrong. The older man ran a general store in Paducah, Kentucky and sold a wide variety of products, including doughnuts. Although the exact origins of Krispy Kreme’s classic doughnut recipe are shrouded in mystery, the brand claims that Vernon Rudolph bought the secret yeast-raised doughnut recipe from a French chef from New Orleans called Joseph LeBeouf.

Like many American businesses, the general store struggled during the Great Depression of the early 1930s. In an attempt to turn their fortunes around, Vernon and Ishmael decided to focus solely on the doughnut and so upped sticks and moved to the larger city of Nashville, Tennessee. They rented a space on Gallatin Road and launched the Krispy Kreme Food Retail Doughnut Company in 1934. The shop was such a success that Vernon’s father also left Kentucky to move to Nashville and work in the doughnut store.

In 1937, the now 22-year-old Vernon Rudolph decided it was time to open a shop of his own and moved to Winston-Salem, North Carolina to do just that. He chose the location because he was a keen cigarette smoker and Winston-Salem was the headquarters of his favourite brand, Camel.

Initially, the young entrepreneur only sold his doughnuts to local convenience stores. However, the delicious smell of cooking doughnuts would often tempt passing customers and many would stop to ask to buy the tasty treats direct. To serve this market, Vernon cut a hole in the side of his bakery and began selling his iconic doughnuts straight to the hungry public.

Vernon Rudolph soon realised there was enough demand to franchise his business and take it nationwide. He began opening franchises in the Southern US, and then opened the first outside the South in Akron, Ohio in 1939. In order to ensure consistency across all franchises, the entrepreneur decided to build a central plant in Winston-Salem where all the mix would be produced. In 1948, he opened the plant and began supplying the franchises that were springing up across the South.

During the 1950s, Krispy Kreme began to update its operations and brought in the mechanical equipment that spelled the end of the hand-cut doughnut. By the end of the decade, Krispy Kreme had 29 branches in 12 states. Each store had the capacity to produce a staggering 500 doughnuts per hour, more than enough to cope with local customer demand.

Like many other franchises, Krispy Kreme realised that one of the keys to success was consistency. Customers wanted to have the same Krispy Kreme experience in Ohio as they did in Kentucky, and the product needed to be just as delicious and irresistible across all locations. To help facilitate this, the brand standardised its distinctive décor in the early 1960s. All franchises were soon topped with a green roof and boasted red brick exteriors and a large glass counter to display the bakery’s tasty wares.

In 1974, Krispy Kreme founder Vernon Rudolph died. At this point the brand had 60 shops spread over the south eastern United States and had plans to open many more. Two years later in 1976, the doughnut manufacturer was bought by the Beatrice Foods Company. The new owners continued to drive growth and by 1980, Krispy Kreme had 116 stores nationwide.

Despite this expansion, many franchisees weren’t happy with the Beatrice Foods Company. Some believed that the business was trying to stifle Krispy Kreme and in 1980, a group of investors led by franchisee Joseph A. McAleer Sr. bought the company back for $22 million. McAleer had been one of Krispy Kreme’s most successful franchisees. When he retired in 1988, his son Mac stepped in to become CEO of Krispy Kreme while his other son, Jack, served as vice president of sales and marketing.

In the early 1990s, the brand carried out in-depth market research to find out which areas of the business were ripe for growth and improvement. The results encouraged Krispy Kreme to focus on the retail side of the business, particularly its hot doughnuts. To facilitate this, the brand introduced ‘Hot Doughnuts Now’ signs that would light up whenever a new batch was ready, something that happened very regularly throughout the day. These signs were an instant hit, with droves of customers piling into stores as soon as the bulbs were illuminated.

Krispy Kreme during the 1990s

The 1990s was a period of rapid expansion for Krispy Kreme. To help it grow quickly and efficiently, Krispy Kreme decided to rely on the franchise model more heavily than it had ever done before. Just 100 of the 500 newly proposed stores would be company owned with the rest run by franchisees. When the first Krispy Kreme was opened in Indianapolis, it stopped traffic for blocks, a sign of just how popular these baked treats would be. In New York, the reception to the newly opened Krispy Kreme franchise was no less rapturous and before long more and more Krispy Kreme branches were opening up across the city.

Unlike other US franchises, Krispy Kreme didn’t go global until the 21st century. In 2003, it opened its first international branch in Penrith, Australia and today has branches in countries as diverse as Bahrain, Cambodia, Iceland, India, Panama and Colombia. In many ways, the company’s slow rate of expansion has helped to promote the profile of each new franchise that opens. Whenever a new branch opened, it was accompanied by a huge fanfare with doughnut fans travelling from far and wide to taste the freshly baked rings. This virtual cult status has been used to the brand’s advantage and has helped them to promote new store openings and maintain sales at existing branches.

Despite a dip in fortunes in the early noughties – Krispy Kreme’s stock price fell from a high of $50 in 2003 to just $6 in 2005 – the brand is still going strong and continues to open new branches around the world every year, feeding hundreds of thousands of happy customers in the process.

If you’d like to find out more about the benefits of franchising or find out how you can become a franchisee yourself, take a look around our site today.