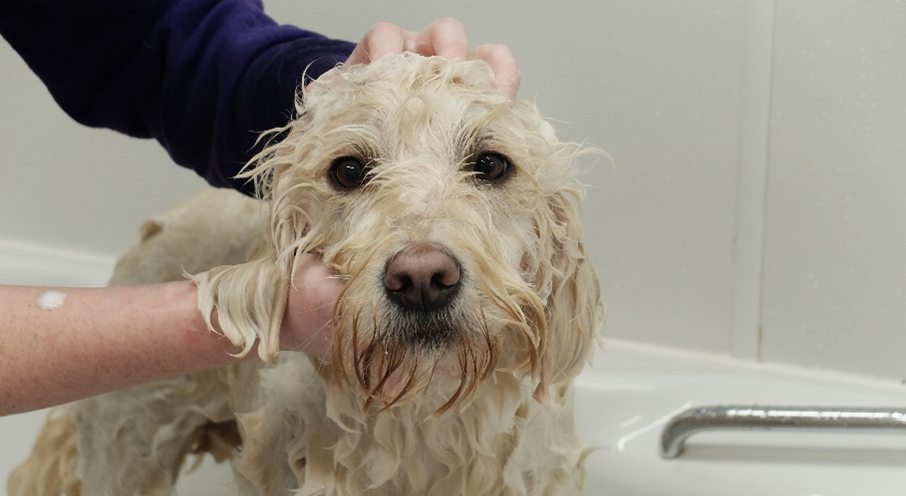 Four Paws are proving their credentials in pet care after being awarded Gold by SAI Global (Independent Assurance Provider) following a full audit.  They achieved a remarkable 100% across the services they offer which includes doggie daycare, boarding kennels and pet grooming at their Cuddington centre. The scheme is designed to give pet boarding businesses the opportunity to go one step higher than their basic licence issued by the Council and receive recognition for doing so.

Fern Gresty, Director says “We are thrilled to be recognised as one of the countries leading pet care experts.  Our aim is to provide a fun, safe and enriching environment whilst delivering top class customer service for people and their pooches!”

Annette Wood, General Manager added “Our team is outstanding with experience and qualifications across a broad range of canine subjects.  We are animal lovers who enjoy welcoming dogs of all shapes and sizes into the Four Paws Family. Our team say we have the best jobs in the world and I couldn’t agree more!”

Established in 2009 from the Cuddington HQ, Four Paws continues to grow with grooming salons in Lymm and Barnton and a grooming training school in Leftwich.  A passion for people as well as pets has also gained them recognition as a strong local employer, offering apprenticeship schemes across the Cheshire locations. Four Paws was the first doggie daycare centre to ever be licenced by Cheshire West and Chester Council and has lead the way for others of its kind.  Wanting to pass on the knowledge and expertise gained in the last decade, Four Paws have launched a franchise opportunity for others to take their name further afield.

“We think every dog deserves the 5-star treatment that Four Paws offers and are looking for special people to join us as franchise partners.  We hope to have centres across the UK and Ireland in the coming years, giving people opportunity to be their own boss by becoming a dog groomer or launching their own doggie daycare with full support from the Four Paws team” said Sarah Mackay, Grooming Manager.

If you or your pooch wants to join the Four Paws Franchise Family or to find out more about their services please enquire below.

Benefits of a Trusted Business Model When Starting an Accounting Business
»