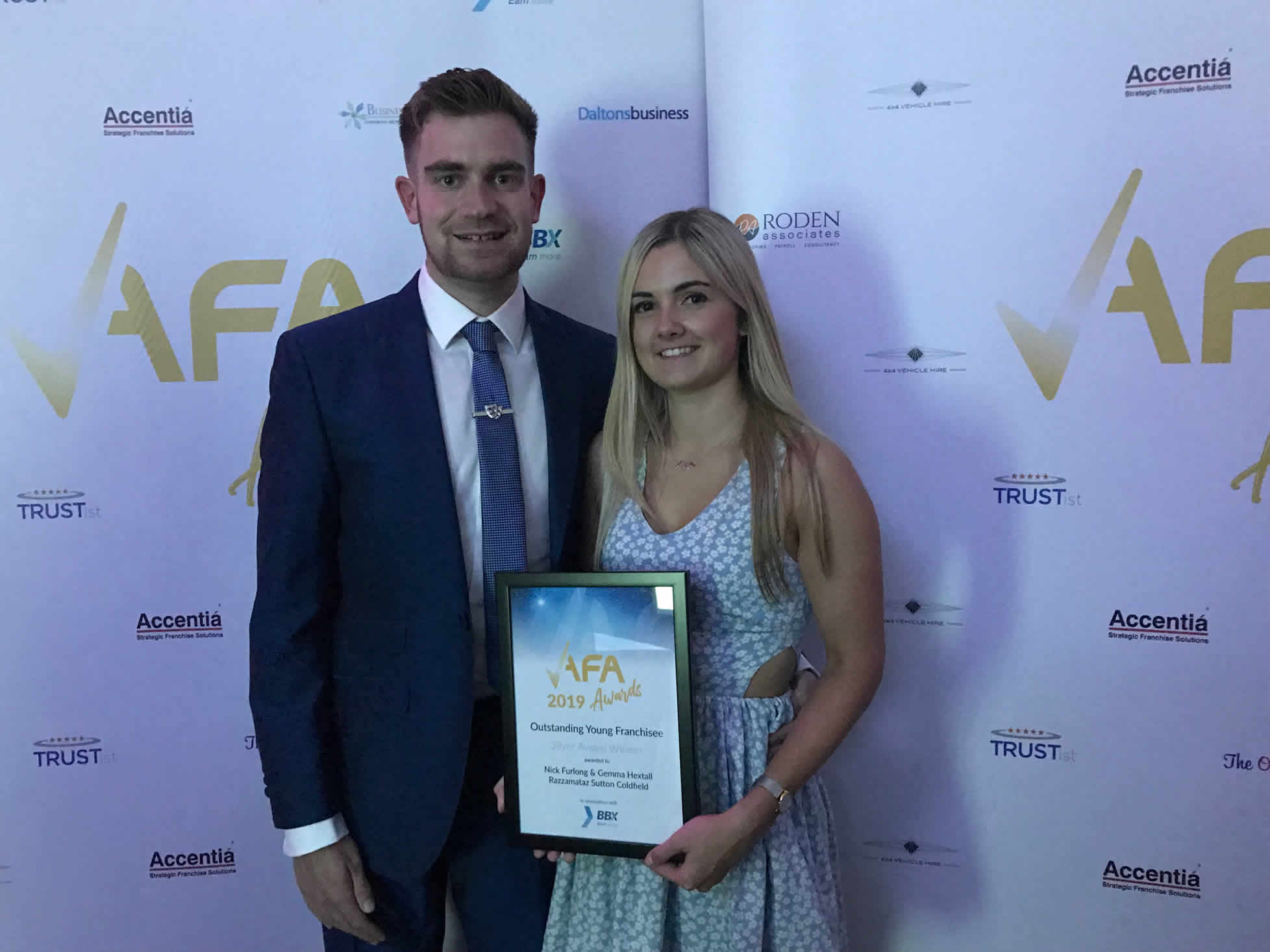 With almost 20 years of successful business behind them, the team at a national theatre school franchise is celebrating a number of high-profile award nominations and accolades.

The trust and credibility that comes with awards recognition has encouraged Razzamataz Theatre Schools to enter a number of different categories; from business success through to achievements in the children’s sector.

The Approved Franchise Association (AFA) held its first annual awards ceremony to celebrate the incredible achievements made by the UK franchising community, a rapidly evolving sector.

“Franchising opened our eyes to what can be achieved and we met other young franchisees so there was a very clear route to success,” says Nick. “Without franchising, I think we would have got a few weeks in and just been overwhelmed and thought that we were too young, and it wasn’t realistic for us.”

The biggest influence and drive for Nick and Gemma is the chance to make a difference to young people in their community. In recognition of this, Razzamataz Sutton Coldfield were also nominated in the What’s On 4 Kids Awards, in the category of ‘most loved dance, drama or performing arts activity franchise territory.’

“As well as growing a financially sound business, Razzamataz is allowing us to continue to work and inspire young people in our community,” says Nick. “We have forged partnerships with secondary schools where we give careers talks to share our positive experiences and engage with the young people in the community. One of the things we love about being Principals of Razzamataz is being part of young people’s lives and helping to shape their future.”

“The award success over the last few months reflects the passion and commitment of everyone involved in Razzamataz,” says Denise. “When I started Razzamataz, it was with a wish to make performing arts accessible to young people, to improve their confidence and allow them to express themselves through the arts. As we open more schools across the UK, that simple wish is becoming a reality for more children. I’m incredibly proud of all the team and the franchisees who have been instrumental in providing so many wonderful opportunities for young people.”

The success of Razzamataz in the recent awards comes at an exciting time for the Dragons’ Den backed franchise. January 2020 is the start of the 20th birthday celebration, which includes a special financial incentive to join the award-winning network. Selected potential franchisees are being invited to attend the annual Razzamataz Conference held on 20 January 2020 at Skyloft Millbank, London. This is a chance to meet Denise and the Head Office team and to find out more about running a theatre school including the many large-scale performing opportunities, business development and the launch of new products under the Razzamataz brand.

We are particularly keen to recruit in Scotland; specifically, Dundee and Aberdeen and Wales; specifically, in Cardiff and Swansea and we have a resale opportunity in Hackney. For those looking for a part-time enterprise, the Early Years Franchise has been created to cater to the demand for people wanting to work in the children’s performing arts industry but who do not have the relevant experience to launch a full Razzamataz Theatre School.

Contact us NOW for a fabulous 50% off the franchise fee, first term management fee free PLUS we pay your VAT. Just quote PR2020. Due to demand, more training is planned for 2019 and 2020.

Find out more about a Franchise with Razzamataz – Click Here