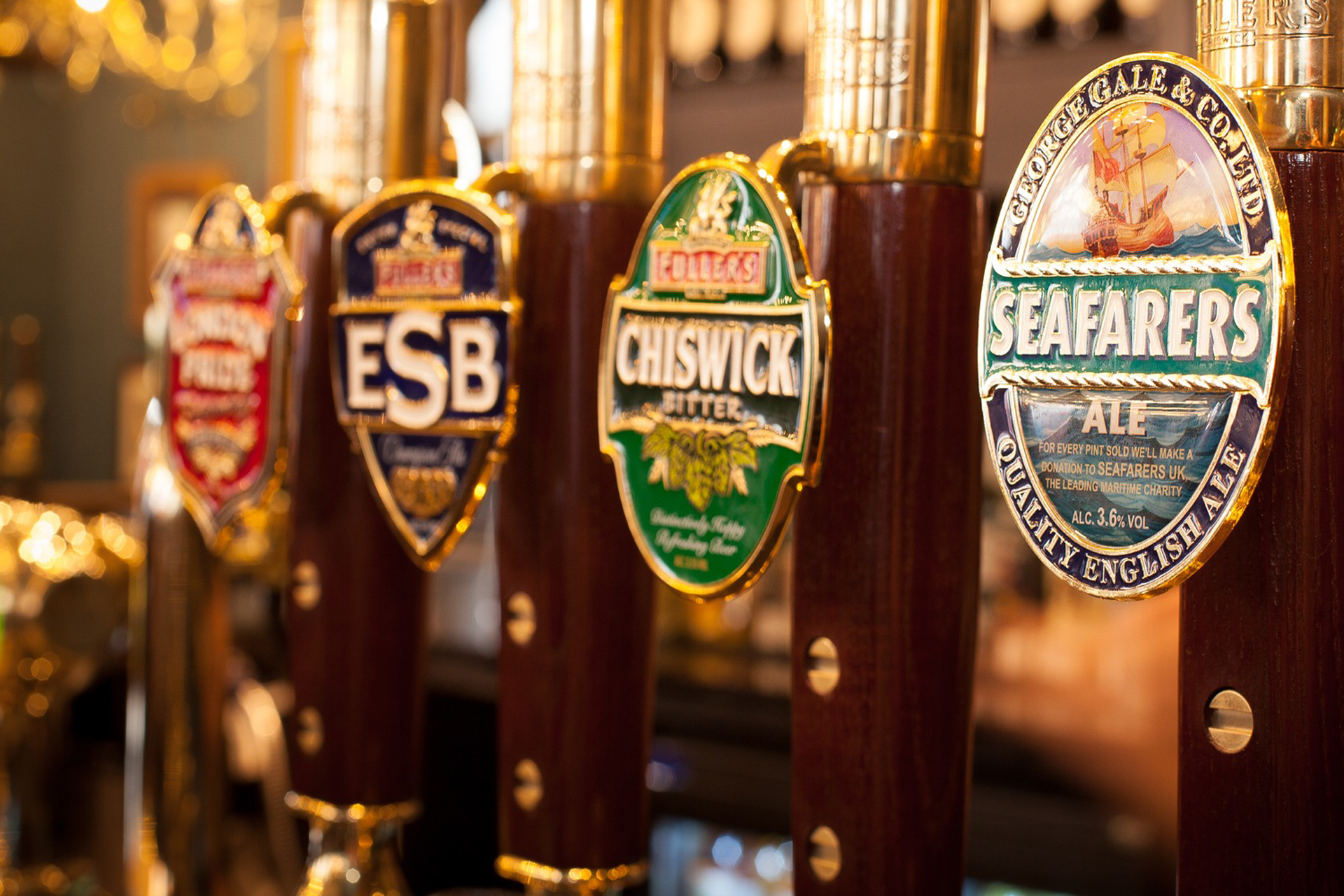 What are the top Pub, bar and wine bar franchises?

As most Brits will probably know, alcohol is big business in the UK. According to The Caterer, the beer and pub industry contributes an enormous £23.1 billion to the country’s economy every year. Investment in the sector has risen sharply in recent years, up 40% from £1.2 billion in 2015 to £2 billion in 2016. What’s more, the industry currently employs around 900,000 people, up by 29,000 on 2016. As a result, the UK’s pub and beer industry pays an incredible £12.6 billion in tax every year, according the British Beer and Pub Association. In fact, Brits pay around 40% of all EU beer duties despite drinking just 12% of the continent’s pints. This demonstrates that the beer and pub industry is just as important to the UK’s budget as it is to the country’s social life. Here are the top beer, wine and pub franchises for sale.

Although many pubs, bars and wine bars in the UK are owned by large chains or breweries, a growing number are operated by franchises. A great way for pub and wine bar chains to expand quickly with minimal financial risk, franchising is the perfect business model for ambitious brands.

At the moment, the largest chain of franchised pubs is Marston’s. Originally founded as a brewery in 1834, the company was the brainchild of entrepreneur John Marston, a native of Burton upon Trent. By 1861, the business was brewing 3,000 barrels of beer a year, selling most to local pubs.

In 1898, Marston’s merged with John Thompson and Son and moved to the Albion Brewery, the location from which the business still operates to this day. By the end of the 19th century, the company was able to brew up to 10,000 barrels a year and in 1905, it merged with Sydney Evershed to form Marston, Thompson and Evershed.

The brewery continued to operate independently until 1999, when it was purchased by Wolverhampton & Dudley Breweries. The new parent company already had a large number of pubs in the local area and used the beer produced by Marston’s to help supply them. In 2007, Wolverhampton & Dudley Breweries decided to change its name back to Marston’s, giving the brand back its identity.

Thanks to the success of the brand, Marston’s has been able to continually expand and over the years has bought up a number of other pub chains and breweries. Today is has ownership of some very big names including Bombardier, Courage and McEwans. It also has the global licence for Young’s beers.

With such an impressive corporate history, it’s easy to see why investors are attracted to the Marston’s name. The company owns 1,500 pubs around the country, of which 60 are franchised, and so is able to offer franchise opportunities in several geographic locations. Minimum investment is needed to become a franchisee, with opportunities available from just £25,000. The company also promises to support franchisees as they set up their pub, train their staff and earn a reputation in the local area, all things that can go a long way to helping a new business succeed.

Familiar to many British fans of Latin American food, Las Iguanas has been serving up tasty plates of nachos, burritos, fajitas and tapas for over 25 years. The first ever Las Iguanas was opened in St Nicholas Street, Bristol in 1991. The colourful food and Latin American branding helped the restaurant to make a name for itself pretty quickly, and soon more branches opened up in locations across the UK. Today there are over 50 restaurants across Britain, including Bath, Manchester, London and Edinburgh.

As Las Iguanas has a strong brand identity and a clear market, it’s a good choice for investors looking for a franchise with potential. Latin American food is fast increasing in popularity across the country, with the drinks and party lifestyle that go with it attracting thousands of customers to Brazilian, Mexican, Argentinian and eateries every week.

Las Iguanas is currently looking to expand to other locations in the UK, so there are plenty of opportunities for potential franchisees to get involved in the business. The brand asks investors to commit for three to five years, have relevant experience in casual dining and be willing to network in order to promote the brand and secure prime locations.

Although starting a Las Iguanas franchise, as with many franchise opportunities, involves a large investment of both time and money, the business does offer significant scope for creating a lucrative enterprise. Those thinking of investing in this vibrant Latin American-style bar and food franchise should get in touch with the corporate arm of the company for further information.

As well as franchises offering the opportunity to run a bar or pub of your own, there are a number of brands that allow you to work behind the scenes of the beer and pub industry. Currently, one of the fastest growing of these is vomFass. As the name implies, vomFass is a German company, although its operations have expanded to cover a number of countries and territories.

Founded in 1994, it supplies bars, pubs and other businesses with high-quality oils, vinegars, spirits, wines and liqueurs. Franchisees who invest in the brand will be granted the right to open a vomFass retail branch in a previously approved location. The length of the initial franchise term is 10 years, after which the franchisee can arrange to extend their agreement with the company for a further 10-year period. Currently, vomFass has around 285 locations around the world and is looking to expand its operations even further in the coming years. For franchisees who are interested in the food and drink industry but who don’t want to work the unsociable hours often required by bars, pubs and wine bars, a vomFass franchise could be a good option.

For those who prefer wine to beer, Veeno is the perfect franchise choice. A luxury Italian wine bar chain, the business serves a selection of the best vintages Italy has to offer. The design of each wine bar is kept minimal and stylish, allowing customers to focus on the taste of the drink itself. Veeno franchises also serve authentic Italian food to complement their extensive wine selection.

Although wine franchises have a lot of competition on the high street, the popularity of good wine is growing in the UK and so the market for fine vintages is expanding every day. Veeno aims to have franchises covering the entire UK, ensuring that there are plenty of franchise opportunities available for those who want them. Veeno will provide extensive training to those who do invest in the brand, and also offers franchisees the chance to visit a family-run vineyard in Sicily to gain background information on the brand and its values.

Beer, pub and wine bar franchises are quickly growing in the UK and around the world. Investing in a franchise now can give entrepreneurs the opportunity work in a fast-paced industry with a huge amount of potential.

To find out more about the benefits of franchising or the franchise model in general, explore our site today.

TaxAssist Accountants to launch in Western Australia, South Australia and the Northern Territory
»