What is the history of the Pizza Hut Restaurant & Take Away Franchise?

Franchise UK > Franchise UK Blog > Catering > What is the history of the Pizza Hut Restaurant & Take Away Franchise?
26
January 26, 2018Catering 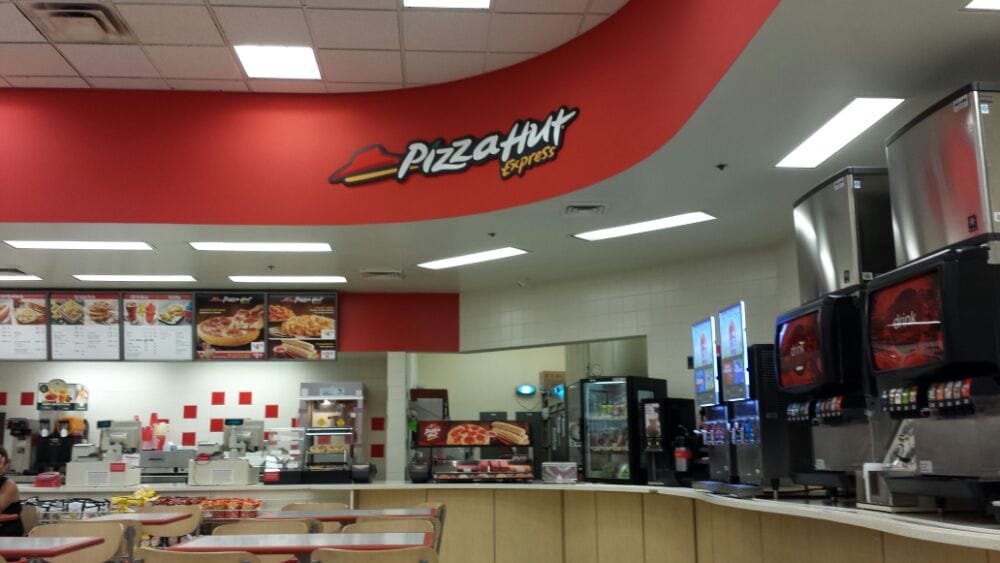 History of the Pizza Hut Restaurant & Take Away franchise

One of the most instantly recognisable Take Away franchise on the high street is Pizza Hut, they have been serving cheese-smothered pizza pies for almost 60 years. Although the brand started life as a family run restaurant, it quickly grew, using the franchise model to expand its operations across the US and around the world.

Throughout its history, the brand has continued to innovate. Its delivery service has fed millions of people in their own homes, while its stuffed crust pizzas and other unique products have helped to ensure the franchise always has something new to offer. In fact the brand is so forward thinking that in 2001, Pizza Hut delivered a pizza to the International Space Station, an endeavour that cost a whopping $1 million to accomplish.

Over the decades, Pizza Hut and other Take Away franchise has taken full advantage of the opportunities offered by the franchise model to expand quickly and effectively. Keep reading to find out just how successful this iconic brand has been.

How did Pizza Hut franchise start?

Like many of the most famous Take Away franchise on our high streets today, Pizza Hut is a product of post-war America. Brothers Frank and Dan Carney founded the now ubiquitous food outlet with a loan of just $600 borrowed from their mother. Both students at Wichita State University, the brothers rented a small building on a busy intersection in their hometown and used the cash to purchase the second-hand equipment they needed for their business. The basic aim of the business was to provide customers with good quality pizzas at affordable prices. It catered to students, families and other hungry residents of Wichita.

The brothers had previously worked for their father, a local greengrocer, and so already had a good working knowledge of the food industry in the local area. Dan had interrupted his university studies to serve in the US Air Force and it was during this time that he’d noticed the early success of fast food franchise pioneers like McDonalds and KFC and the growing popularity of the pizza. When he returned to Wichita he used his insight into the changing face of fast food to create the first ever Pizza Hut.

Despite the fact that Take Away franchise was largely limited to the auto industry at the time, the brothers decided early on that franchising offered them the best opportunity to grow their business quickly and efficiently. Dan, who had studied business at university, decided to write his master’s thesis on the subject of franchising as he believed – correctly as it turned out – it would be the future of the food industry.

So determined were the Carney brothers to expand their pizza business that they began the Take Away franchise in 1959, just one year after the first restaurant had opened. The first franchise opened up in Topeka, Kansas with a second franchise launching soon after in Aggieville, Kansas. This Pizza Hut was the first to offer a delivery service, making use of a three-wheeled scooter to get the pies to hungry customers. Within just ten years of opening, the Carney brothers had grown their business into a chain of 300 restaurants.

Pizza Hut continued to use the franchise model as it expanded internationally. In 1970, the chain opened branches in Germany and Australia and in 1973 expanded to the UK and Japan. 1970 was also the year that the chain opened its 500th restaurant. Just one year later in 1971, Pizza Hut became the world’s largest pizza chain according to sales and number of restaurants, and in 1972, the company was listed on the New York stock exchange. By 1976, Pizza Hut had more than 100 restaurants outside of the US and a total of 2,000 eateries in its network, cementing its place at the top of the pizza pile.

As well as working to increase the number of restaurants in the Pizza Hut chain, the company began to acquire other food franchises and food-related business. In 1972, the company purchased Taco Kid, Next Door and the Flaming Steer. In addition, Pizza Hut acquired restaurant supply company Franchise Services, Inc. and food supplies distributor J & G Food Company, Inc.

The rate of Pizza Hut’s expansion and growth had been so dramatic it caught the eye of a number of major corporations and it wasn’t long before larger businesses were making moves to buy the brand. In 1977, the Carney brothers sold Pizza Hut to PepsiCo, a company that already owned KFC and would soon buy Taco Bell. That same year sales reach $436 million and the company built a new $10 million headquarters in Wichita, Kansas.

By the 1980s, Pizza Hut sales were worth a staggering $15 billion in the US alone. However, the decade also saw a number of new pizza chains spring up around the country including Little Caesar’s, Domino’s Pizza International and Pizza Express. As the brand was now owned by PepsiCo, it had the financial resources needed to boost its profile through advertising and maintain its dominance of the marketplace. Throughout the decade, the company added a variety of new items to its menu across all its franchises, including the ‘Pan Pizza’, the ‘Personal Pan Pizza’ and the ‘Hand-Tossed Traditional Pizza’.

In 1984, Steven Reinemund was appointed president and chief executive officer of Pizza Hut. He ushered in a period of rapid growth and in 1986, the chain opened its 5,000th Take Away franchise unit. This was also the year that Pizza Hut began delivering food to customers in their own homes. This element of the business was an instant hit with hungry consumers and by the 1990s, the delivery and takeaway business had grown to account for around 25% of Pizza Hut’s total sales.

Despite the global economic recession of the 1990s and increased pressure from rival brands, Pizza Hut continued to grow. In 1991, global sales increased by 10% to $5.3 billion with the takeaway business alone contributing $1.2 billion to the total. The 1990s also saw the brand add drive-through units to some of their restaurants and the Pizza Hut Express service also came into existence.

As with many of the most profitable and durable Take Away franchise, continued innovation has contributed to the success and longevity of the brand. Introducing a delivery and takeaway element to Pizza Hut helped it to thrive in the 1980s, while the company tackled the economic downtown of the 1990s by introducing a number of new products. Chief among these was the stuffed crust. Added to the menu in the early ’90s, the pizza was heavily promoted by the corporate arm of Pizza Hut and helped to reverse the 6% dip in sales the company had experienced in 1994. Throughout the ’90s, Pizza Hut continued to add products to its menu in an effort to keep customers interested and engaged with the brand. Today, Pizza Hut has over 11,000 restaurants and delivery outlets in 90 different countries, making it one of the most prolific food franchises in the world.

If you’re considering investing in a franchise of your own, you’ll find lots of information on the opportunities available on our site. Take a look around today to find out more.

Creating time and balance to be the best Dad
»