From Computer Science to Cakes! 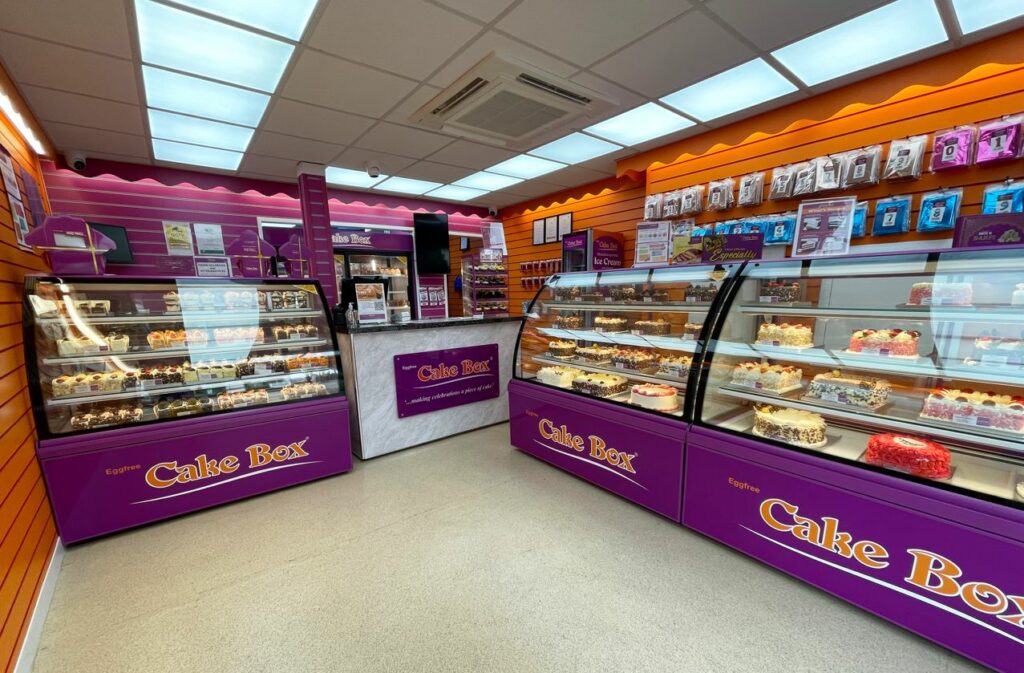 Ali Shahaab wasn’t intending to be the owner of a Cake Box business initially. However, having been an existing customer since 2014, in his local area, he knew it was successful and decided to research. This prompted the purchase of shares but also initiated a greater interest in the franchise framework, giving way to consulting an accountant to verify the numbers.

He was still working as a fulltime independent IT consultant, with a PHD no less, but had left the London rat-race commute and relocated to Cardiff, reducing many hours spent travelling, however he still continued to work extended hours.

Early 2021, Ali had decided if things were to dramatically improve for his family, he had to make key changes. By April he had applied for a Cake Box franchise and set the wheels in motion for the first store to open in Wales.

Fast forward to March 2021, the store continues to be hugely popular. The original opening was so successful they had 40-minute queues lining the streets waiting to buy cake! Not only that, customers travelled some distances to visit the store and buy their cakes.

The transition from an office based role to the owner of a retail store has been huge adjustment and Ali is the first to admit that the journey hasn’t always been easy. The challenges he’s faced have been anything from staffing to keeping up with customer orders and even the lack of a driver, but it’s all made worthwhile because his work/life balance is vastly different. So much so that he welcomed his third child this year and he was only planning on two!

Cardiff Cake Box continues its success, allowing Ali to support and give back in his local community. He was delighted to gift cakes and cupcakes to a local care home and mosque. He also gifted cupcakes to the local school, where his staff’s children attended, to help with a fundraising event.

When asked what his advice would be to any new franchisees, he replied, enjoy the ride, keep an open mind and more than anything have fun!

Fancy being your own boss? Discover the Cake Box franchise opportunity.

Important factors to consider when buying a franchise
»