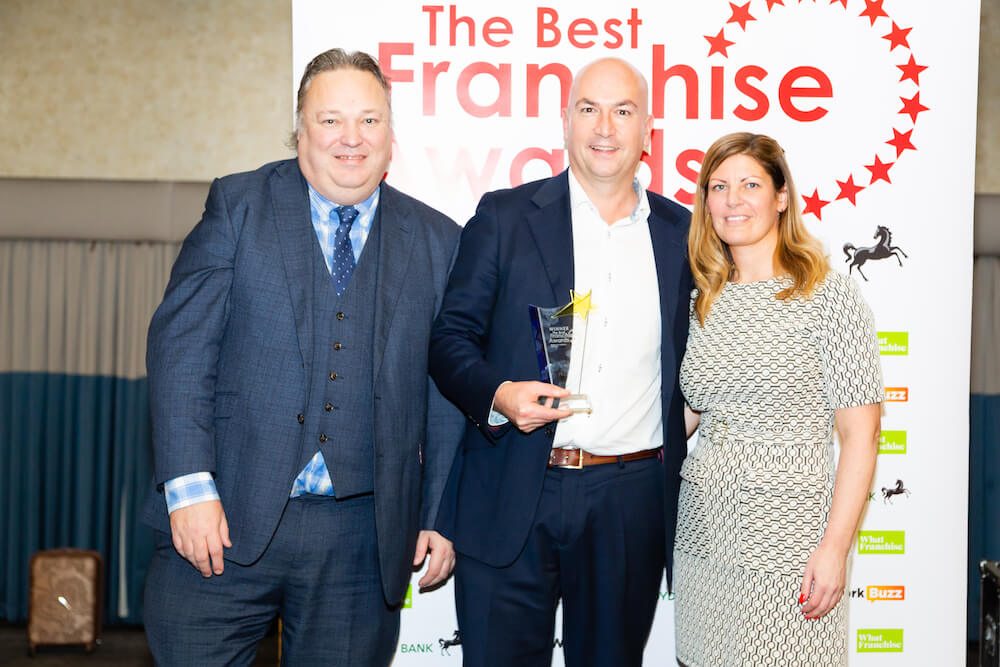 The Best Franchise Awards announced ActionCOACH as the clear leader in the Best B2B Franchise category on Thursday 28th November, making this the second consecutive year that the world’s largest business coaching franchise took the title. It was after an independent survey of ActionCOACH’s franchise network, benchmarking scores against other franchises, placed them in the top three for franchisee satisfaction. It was then down to a panel of franchise industry experts to interview all three, agreeing that ActionCOACH would take the top spot again.

Ian Christelow, ActionCOACH UK Co-founder, attended the Best Franchise Conference & Awards event, “This is a conference we never miss. The team at WorkBuzz always manages to pull together a programme to share best practice from franchise colleagues and combine that with entertaining and motivational speakers – this year was no exception with the inspirational Ian ‘Woody’ Woodhouse as keynote.

“The award means so much to us at the ActionCOACH UK Support Office. When the lion’s share of the award win is down to the level of satisfaction ratings our franchise partners score us, it really is very special. These outstanding results year after year makes ActionCOACH one of just 4 franchises to receive a 5-Star Franchisee Satisfaction rating 7 times!”

The WorkBuzz Franchise Satisfaction Survey has been adopted by over 200 franchisors since it started in 2011. ActionCOACH franchise partners were invited to rate their franchisor, its products and services and its infrastructure. The results of this survey produces a benchmark of satisfaction scores and high-scoring franchises are invited to present to a panel of judges for the Lloyds Bank Best Franchise Awards. ActionCOACH beat two other shortlisted franchises in the category, Pink Spaghetti and The Wheel Specialist, to the top spot for Best Business-to-Business Franchise this year.

Prior to their first win of the Best B2B Franchise category in 2018, ActionCOACH also took three consecutive wins for the UK’s Best Mid-Priced Franchise.

If you would like to find out more about the award winning franchise ActionCOACH, please Click Here.

How to determine if a franchise is good
»