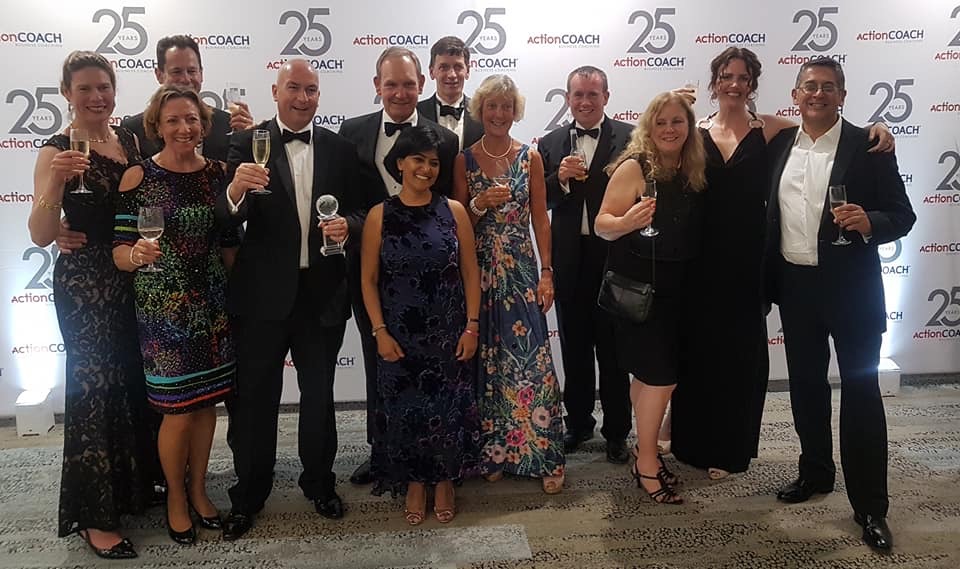 ActionCOACH is celebrating hitting the milestone of 25 years in business. Their global network of business growth coaches has been supporting business owners to success for a quarter of a century!

The 25th anniversary party was hosted on Australia’s Hamilton Island near where Brad Sugars, ActionCOACH’s Global CEO and Founder, first started the company. The party was one evening of ActionCOACH’s Global Conference where for the tenth year running, the UK team outperformed 79 other countries to win Master Licensee of the Year. This accolade is due to the hard work and vision of the UK’s support team coupled with the fantastic performance of the UK’s franchise partners, delivering client success for thousands of businesses over the last decade.

In 2013, ActionCOACH became the first recipient of Smith & Henderson’s prestigious 5-Star Franchisee Satisfaction status, achieved this in 2014, 2015, 2016, 2017 becoming one of only four franchises to achieve 5-Star Franchisee Satisfaction Status for 5 years running; and in 2018, they have done it again, making it six times in six years. Another reason to celebrate on ActionCOACH’s 25th birthday!

If you’d like to find out more about the ActionCOACH franchise opportunity, please click here -> ActionCOACH Franchise

Mr. Electric brightens up the day for a distressed customer
»