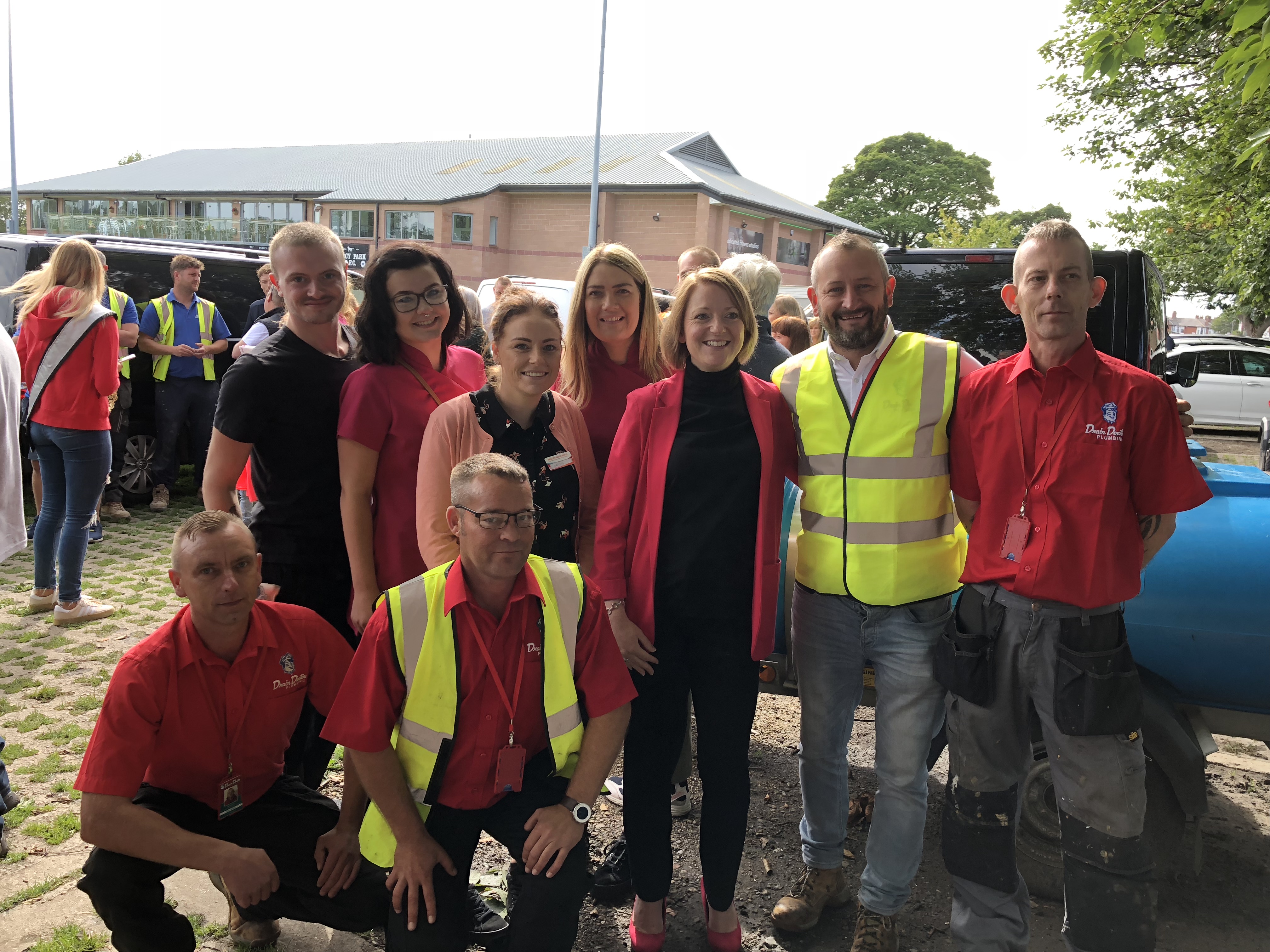 Banbury, UK (20 August 2018) – North East based Drain Doctor and Bright & Beautiful contributed their drainage and housekeeping services to a newly adapted home in North Shields for a family featured on BBC DIY SOS.

The teams from Drain Doctor and Bright & Beautiful attended the Big Reveal on 16th August to welcome the well-deserved family into their new home. They also had the opportunity to meet the family, as well as Nick Knowles and his DIY SOS team.

Bright & Beautiful Tyne & Wear, which includes franchisees from North Tyneside and Newcastle, carried out a thorough clean of the property from top to bottom just prior to the family moving in, with a team of 12 professional housekeepers working to the highest standards of service.

Jim Watson, owner of Drain Doctor North East said: “It’s fantastic and very humbling to have played a part in this build project and I can’t thank my technicians Dan, Craig and Ian enough for the hard work they have put in over the three days they were on site. It is incredible to see the North East coming out in force to make this possible in order to keep a family together.”

Helen Ross, owner of Bright & Beautiful North Tyneside, added: “It has been a huge pleasure to have supported this fantastic DIY SOS big build in North Shields and we are extremely proud to have played a part in giving this hugely admirable family a home they deserve. The Big Reveal was very emotional for everyone and it was great to meet the family who are now able to start rebuilding their lives thanks to the army of local tradespeople involved.”