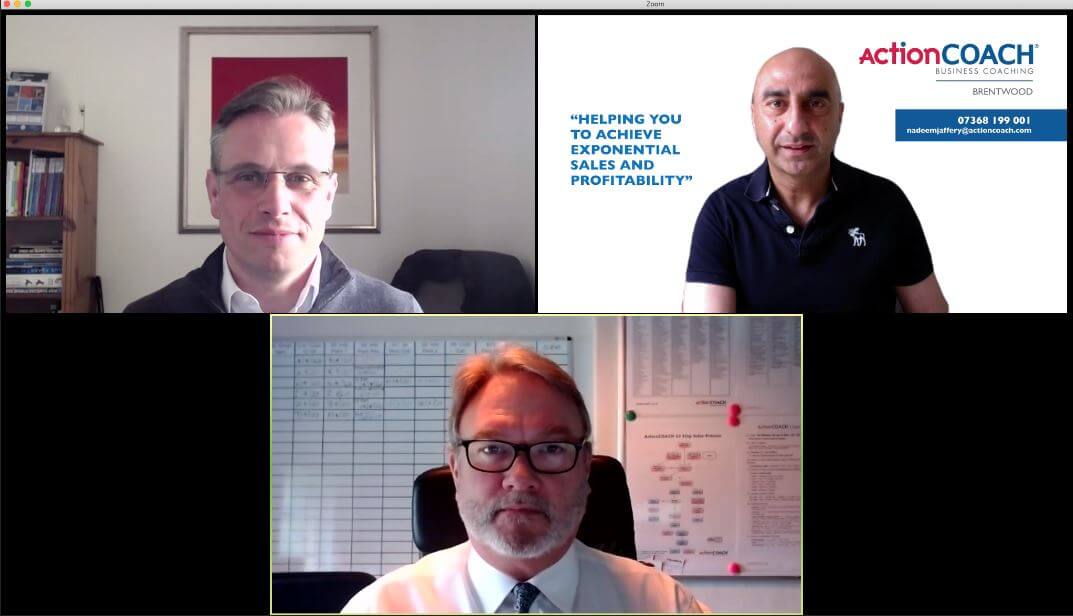 It goes without saying, COVID-19 has closed businesses. For some businesses however, demand for services is as strong as ever. With ActionCOACH franchise partners finding themselves even more busy supporting local business owners with survival strategies, those new to the franchise are keen to train and launch so they can begin to help their business communities tackle their challenges head on. On the last day of March, six new franchise partners graduated from ActionCOACH University but this latest training programme was somewhat unusual…

On March 23rd, six fresh faces signed onto video conferencing software to take part in virtual training. Logging in from Weston-Super-Mare to Bury St. Edmunds, they embarked on their journeys into business ownership. Right up until a week before the training was due to start, the plan to complete training at the usual hotel venue was still on track. The swift decision to change it to an online course gave Duncan McKechnie some initial apprehension.

“I’ve got to be honest and say I was slightly concerned we wouldn’t get the same level of experience with it being online. But I was proved wrong from the very moment we logged on. I have never experienced that type of community, support and feeling of belonging since I was in the Air Force – the guidance from a moral, emotional and practical point-of-view was phenomenal. It gave me complete faith in my business going forward.”

Duncan, originally from South Africa, moved to the UK in 2007 to continue his career in business development in the aerospace industry. He proved integral to the success of many teams and businesses but, when he was faced with redundancy, he set about finding something to utilise his transferable skills and discovered ActionCOACH. The opportunity to give back to the community that has so willingly accepted him, appealed to him immensely. The same can be said for his fellow new recruits, Nadeem Jaffery, John Boggis who launched their businesses in Chelmsford and Cambridge respectively.

“I’d worked within several brands over almost three decades,” says Nadeem. “So, I thought it was time to put my knowledge to good use – and how better than supporting my local community? I met with an old colleague, Peter Boolkah, who has his own ActionCOACH franchise, and he told me how much satisfaction it gave him. I thought it was too good to be true, but I did my research and discovered it would be a great business for me.”

John adds, “For over 25 years, I worked in sales and marketing, with a passion for supporting companies that perhaps have not been performing to their fullest extent. I noticed the LinkedIn posts of one of my old bosses had completely changed and asked him what had happened. It was then I realised he had started his ActionCOACH business – I was intrigued. I thought how fulfilling it would be to help my local community and get rid of the gruesome daily commute.”

For nine days, the new franchise partners learnt the intellectual property, strategies and tactics they would be using every day as an Action Coach. From how to generate interest and gain new clients through to helping those businesses to thrive, all business disciplines were covered. Once the training was over, they celebrated with a virtual toast to their success, promising to do the same again in person when it’s safe to do so. Until then, their businesses are well underway – Nadeem is excited for what the future has in store, despite the uncertain times.

“I’m not letting COVID-19 affect me in any way, shape or form. ActionCOACH allows me to provide much-needed support and relieve the pressure business ownersare feeling at the moment. Being a business owner can be very lonely at the best of times – people need us now more than ever and I’m in a privileged position to help.”

Ian Christelow, ActionCOACH UK’s Co-founder, reminds us: “Back in 1993 the ActionCOACH system was designed to run client generation and client delivery on the telephone and fax machine; the fact we now have webinars, email, smart phones, sophisticated websites and video conferencing makes it even easier to operate from a home office.” 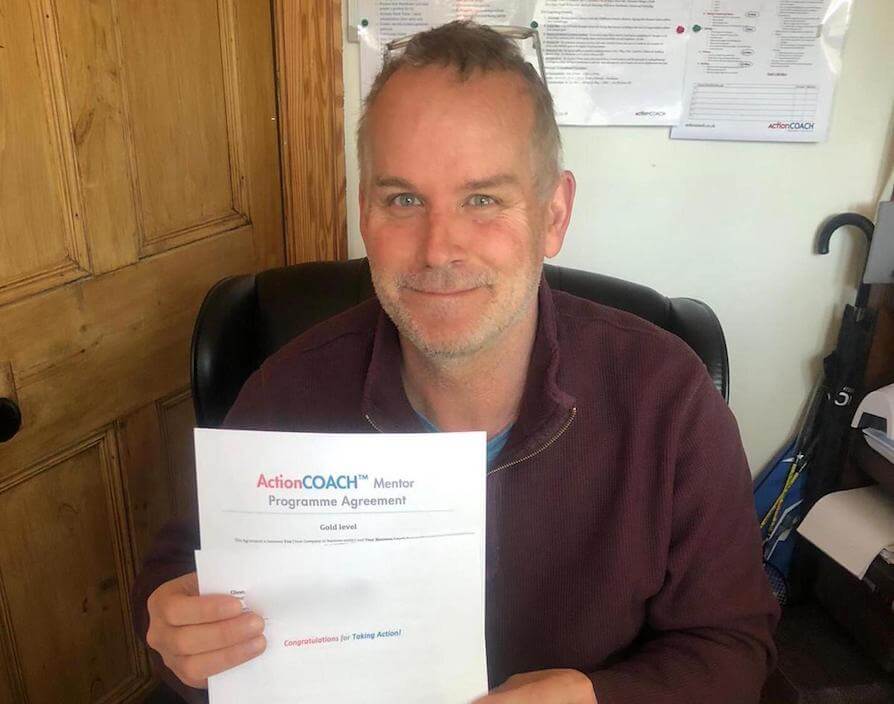 And interestingly, ActionCOACH’s first virtual training graduates are delivering results in half the time of an average residential training intake. Steve Smith, who launched his business in Weston-Super-Mare signed his first client on 14th April – just 10 working days out of training.

To find out how you can become a franchisee with ActionCOACH, Click Here to view the ActionCOACH Franchise Profile.

Fantastic Services expands its business during a crisis
»