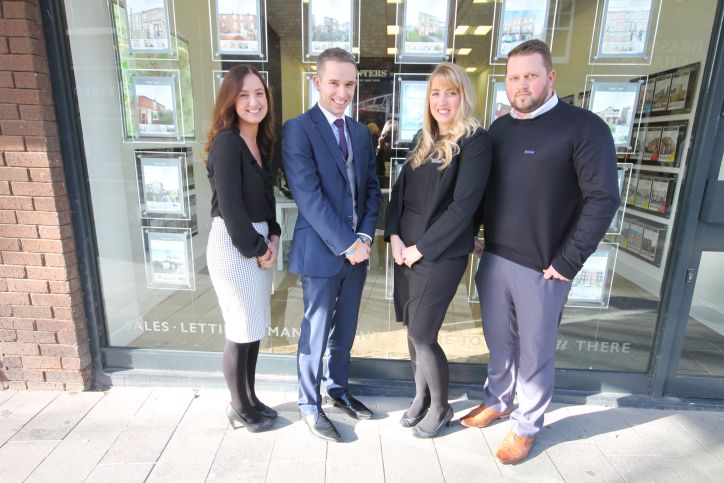 Hunters, one of the country’s leading estate agents, is delighted to welcome Sure Move to its fast expanding network. The new branches in Widnes, St Helens, Leigh and Runcorn build on Hunters’ continued expansion in the North West, and will join a string of successful Hunters offices already well established in the region. Each of the branches will have a prime high street location and will take the number of Hunters branches in the North West to 18.

Having opened its first branch 23 years ago in York, Hunters is rapidly becoming one of the major players on the national property scene and estate agency franchising, with over 170 branches now nationwide.

Lee Andrews, who will be franchise owner of the four new Hunters offices, brings with him a wealth of existing industry skills, after setting up his own estate agency. Since its conception Sure Move has grown from strength to strength, with the first office opening in Widnes in 2011, closely followed by the next branches in Runcorn and St Helens in 2012 and 2013, and finally the Leigh branch opened last year.

Lee Andrews comments: “We noticed Hunters’ fast growing presence in the North West and wanted to be a part of this. Having previously opened four offices in five years, we felt it was important to work with a company that shared the same ethics we have and we saw Hunters had this similar desire to grow rapidly. We were also impressed with the marketing support Hunters offer along with the dedicated training academy.”

Alongside Lee is a highly experienced team of 18 industry experts who will be split across the four branches. In taking the opportunity to join the Hunters network, the team will be offering a lettings service for the first time and will continue their sales and property management offering whilst they widen their reach under the Hunters brand.

Lee continues: “We are excited to be moving into the rental sector for the first time, something that wouldn’t have been possible without the support we’ve received from Hunters. We expect our new services will be well received amongst our existing and new clients, as such, we have employed five new members of the team to deal exclusively with lettings.”

Glynis Frew, Managing Director of Hunters Property Plc, said: “We currently have some excellent Franchise Partners who operate successful branches in areas such as Worsley, Manchester, Oldham, Liverpool and Saddleworth and are excited to be strengthening our presence in the North West. We are delighted to have Sure Move on-board and look forward to what promises to be a very successful future working together under the Hunters umbrella.”

Sure Move joined Hunters officially on 9 February 2016. If you’re interested in finding out more about the services that the new Hunters branches have to offer please visit them online at .

If you are interested in finding out more on how you can become part of Hunters continuing success click here.

A chance to meet DNS Accountants at The Franchise Show
»