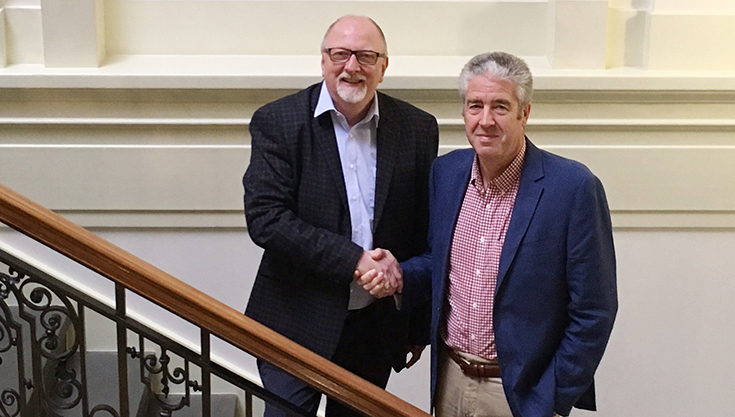 Norwich-based charity, OPEN Youth Trust whose mission is to make a positive difference to the lives of young people in Norfolk has appointed Karl Sandall, Group Chief Executive of The TaxAssist Direct Group, to its Board of Trustees.

Karl joined The TaxAssist Direct Group in 2000 after 26 years of working with Midland Bank/HSBC in Norwich and Cambridge. He is a Fellow of The Chartered Institute of Bankers and an Honorary Fellow of The Association of International Accountants which was awarded to him for services of merit to the profession of accountancy. Karl is also heavily involved in the local business community and is a member of the Westminster Club (run by Chloe Smith MP for Norwich North), the Norwich Castle Round Table 41 and the Strangers clubs as well as being a Governor of Wymondham College.

Speaking of his appointment Karl said: “As a family man of three teenage children, I appreciate the importance of the work that OPEN offers to children and young people in Norfolk… they are after all the future of our community.”

OPEN’s Chief Executive, John Gordon-Saker said: “We are honoured to have Karl on our Board of Trustees as he comes with a wealth of expertise having previously been involved with other children’s organisations (The Princes Trust, Great Ormond Street Hospital and East Anglian Children’s Hospices). I have known him for over 40 years from our time together in Midland Bank (now HSBC) and since then he has gone on to run one of the country’s most successful franchise groups and is a respected and well-connected leader in the local business community.”

TaxAssist Accountants was founded in 1995 by a group of dedicated professionals and based on a concept that was, and still is, fundamentally simple: to bring first class professional services to the small business owner. Today there are over 200 franchise operations in the UK employing well over 500 people and looking after over 65,000 small businesses.  There are a further 18 franchisees in Ireland and the Group is now expanding across Australia and Canada.

If you would like to find out more about the Tax Assist Franchise Opportunitiy, please fill out the enquiry form below.