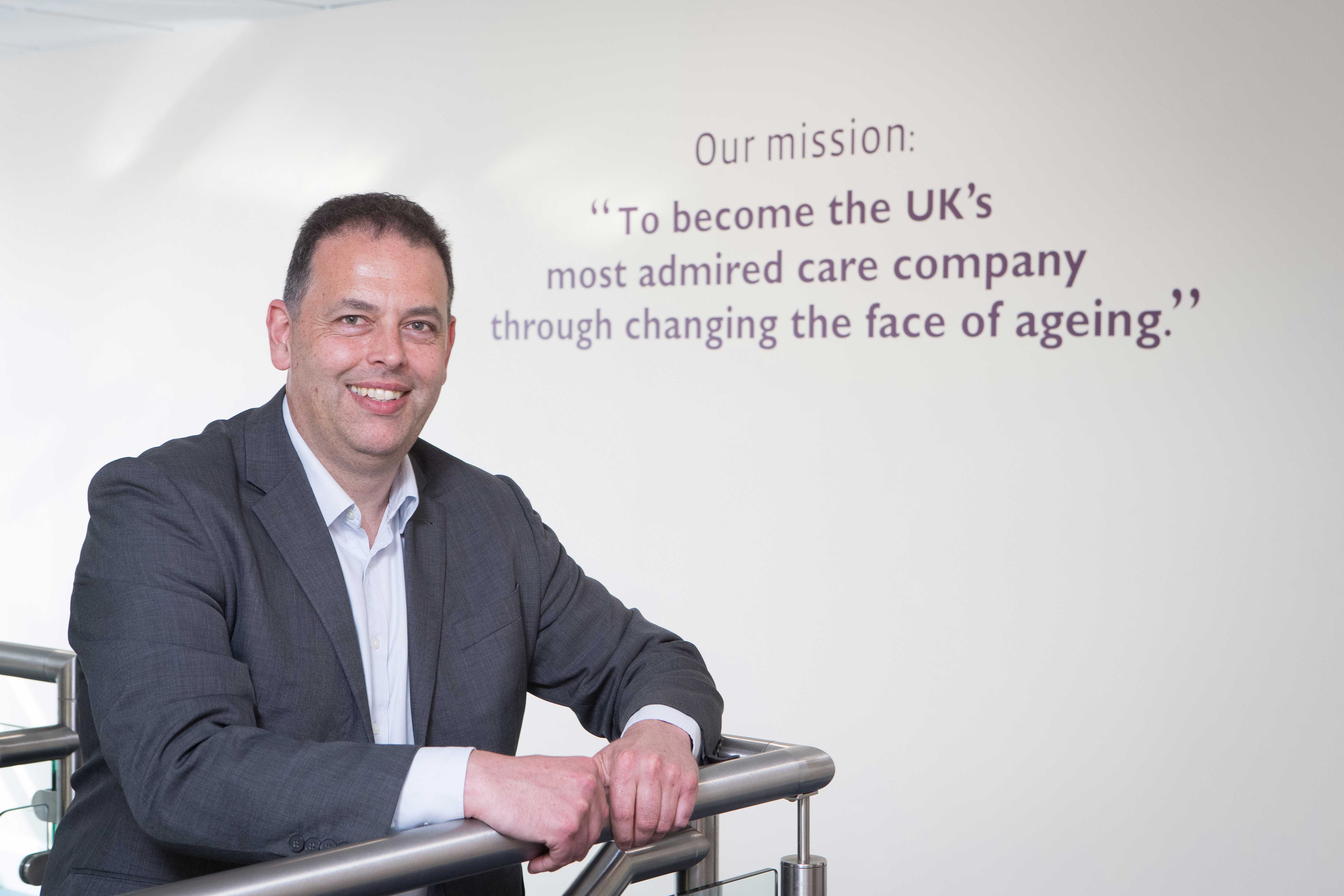 For people looking to step into an established, profitable franchise, one of Home Instead Senior Care’s 6 territory resales represents a perfect opportunity to make money and make a difference to society at the same time.

For some entrepreneurs, taking over an established business is more desirable than a start-up. A resale is the ideal proposition for people who want to become part of our mission ‘to change the face of ageing’ but with an established team, office and structure in place.

It’s also the right match for entrepreneurs who can see the market potential of an ageing population and quality care provision for seniors longer-term, as homecare continues to become the care model of choice.

Investing in a territory resale with Home Instead offers prospective franchisees a management franchise opportunity with:

The Home Instead Senior Care franchise has proven longevity, we have been operating in the UK for the last 12 years and are proud to have recruited over 190 franchises to date. Many of our franchises are turning over in excess of £1 million per year with operating profits of 15-20%.

Read on to see how a Home Instead franchisee in Weston-Super-Mare returned to his caring roots to take a territory resale to a £1m turnover.

Mike Keig’s background is sales management, working in engineering and manufacturing for over 20 years. So when he decided to look for a new challenge, home care wasn’t a sector he was considering.

But after meeting a current franchisee looking to realise their investment and sell their territory, Mike realised that the Home Instead Senior Care model, alongside the support and training offered, was everything he was looking for.

Mike, 46, said: “I’ve worked my way up through the career ranks, and my wife and I have had experience of a start-up, but I’ve never had the chance to take a business to its next level.

“It was important for me that what we bought was not only established and successful, but that it offered real potential for growth.”

Although investing in the care sector wasn’t part of the plan, it’s brought Mike full circle in his life. “My mum ran a care home in Tavistock, Devon”, he said. “I lived there until I went to college, so I grew up surrounded by older people. It gave me a good grounding and it does feel nice to now be working with those older generations.”

Mike admits that he was also looking for something more than just a successful business, “I wanted to do something that felt worthwhile and to use my experience to help an organisation that was about more than just profit. I’d been looking at getting involved with a charity or third sector organisation but couldn’t find a way to make it work.

“18 months of networking to find the right opportunity led to me being introduced to the founding franchisee. We spoke about the territory resale available with Home Instead and it’s a cliché but it ticked all of the boxes. Weston-Super-Mare was a territory where the numbers stacked up, there’s great potential for growth in the network, and it provided the opportunity to do something more worthwhile in life.”

Mike’s career started in High Wycombe, when he joined materials testing company, Instron, as Technical Support. Over 20 years, he worked his way up through sales and general management, before becoming European Sales Manager.

After time at Macfarlene Packaging and then launching a cost management services company with his wife, Mike decided he wanted his next move to be the purchase of an already successful company.

He said: “I’d actually already found a business opportunity. It was a much bigger business and I was buying it with partners, but it fell through late in the process.

“What that meant though was that when the opportunity with Home Instead came along, I already knew about the steps I had to go through. Buying a franchise meant I saved a lot of costs and the guides and procedures made it very easy – it was about as plain sailing as you can get.”

After finding out about the opportunity in Autumn 2016, terms had been agreed by Christmas and Mike completed his purchase of the Weston-Super-Mare office on 1 April this year. With 80 clients and 40 CAREGivers, Mike’s first priority has been getting to know his team and his clients, whilst learning about the systems, procedures and responsibilities involved in providing exemplary homecare as part of a multi-award winning homecare franchise network.

As well as support in terms of care quality and standards, Mike has also found the training available from National Office across all areas invaluable in his franchise journey to date.

Mike said: “Being new into the care industry and the Home Instead network, I’ve been undertaking as much training as I can. Not only has it been of an incredibly high standard, it’s been delivered in a way that I could implement the learnings to my business immediately. From the procedures we followed during the process, to the visits we’ve received to our franchise, the support has been phenomenal.”

He added: “Being part of a brand that has received the recognition that Home Instead has, means I know that I’m part of an ethical and caring company that’s getting things right, and that’s really important to me.”

Mike’s clear on what his business ambitions are and he’s looking to double turnover over the next five years, taking it from £500,000 to £1million.

He has already seen that demand is outstripping resource and has spent the last few weeks out in his community meeting people with the aim of recruiting more CAREGivers to deliver Home Instead’s quality care and companionship.

Commenting on the business opportunity the senior homecare market presents, Mike said: “There aren’t many businesses you can go to where there are more clients than you can deal with. I want to spend the summer getting traction and then expect to see solid business growth by the autumn.

“I’ve bought a wonderful business. There’s a huge market for people who just need love and care in their own homes. I’ve only been in the business two months and I can already see how rewarding it is to be able to offer that.”

Home Instead Senior Care franchisees all recognised the fact that investing in a franchise in the senior care market represented a wise investment. The combination of an ageing population plus growing recognition that home based care is often the best and most cost-effective way to look after our seniors, means the demand for homecare services for older people is growing at an unprecedented rate.

Find out more about Home Instead Senior Care’s 6 territory resale opportunities across the UK:

Thanks to Business Doctors, Caroline can have her cake and eat it
»