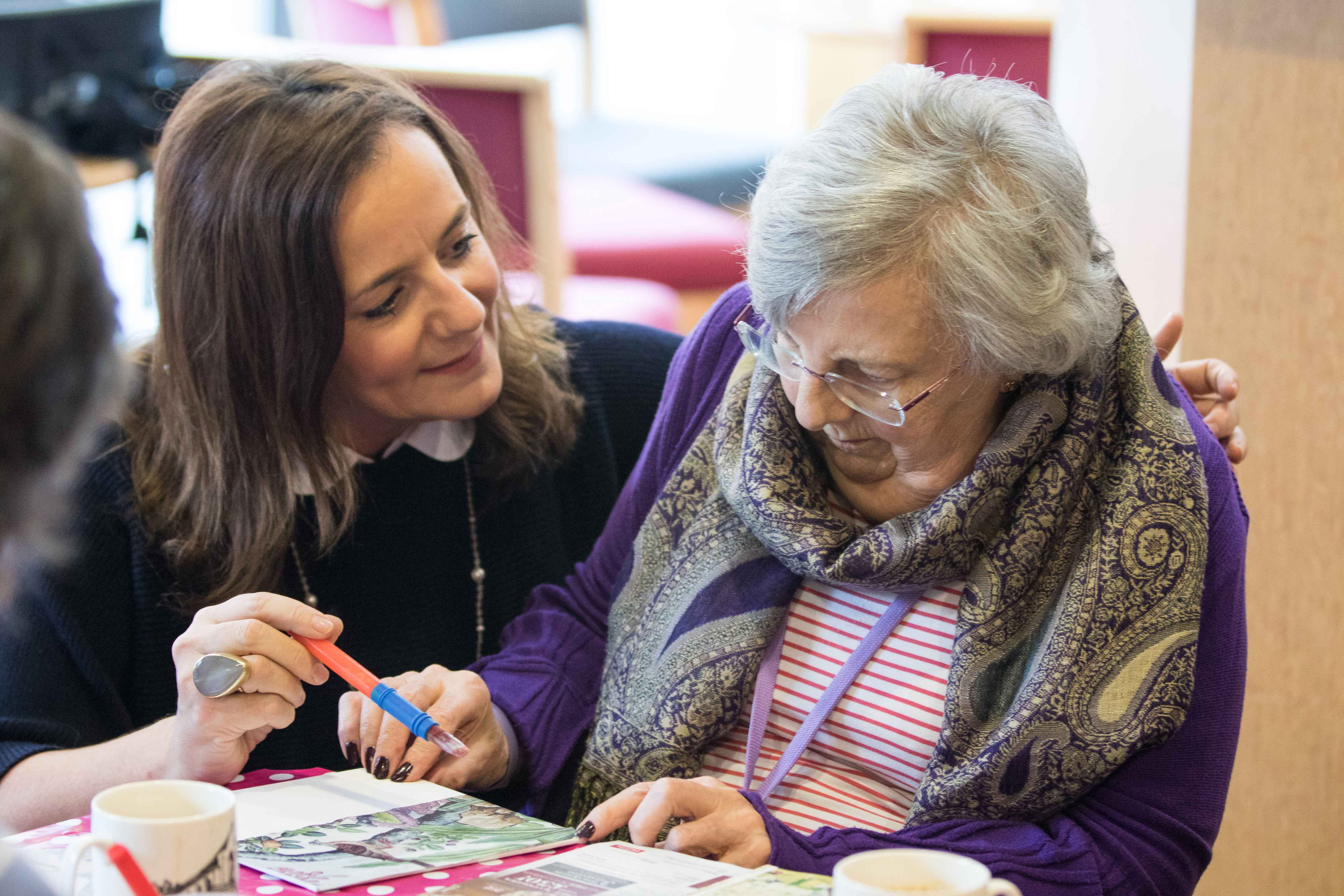 Hot on the heels of topping the Elite Franchise 100 list at No 1 – Home Instead Senior Care is celebrating another ace achievement thanks to its Wimbledon franchisee.

Clare is also the network’s first territory to have received a second top rating from the Care Quality Commission (CQC). She has devoted the last seven years to providing home care and companionship, opening her office after experiencing poor care when her own parents were terminally ill at the same time.

She’s since dedicated her working life to being an employer of choice – recruiting, training and retaining a team of truly caring people who want to make a difference to older people’s lives. She’s built up a team of 135 caregivers and 14 office staff.

As a local community leader, Clare also recognised that needing help to continue living in your own home is just one part of getting older and believes that support to stay socially active is equally as important in the care equation.

Nicknamed ‘calendar girl’, she has set up events and clubs in her community each week to give older people diary dates to look forward to – getting them out of their homes, preventing loneliness, isolation and depression.

Clare has been praised by the CQC in her latest report for her person-centred approach to care for her 183 clients and for recognising how valuable social activities are in keeping older people connected to society and part of their community.

Inspectors recognised the impact her social clubs were having on clients’ wellbeing noting: ‘The positive feelings people get sometimes last all week until the next event.’

Said Clare: “The double Outstanding is dedicated to my family of caregivers and my office team. They are the backbone of what we do. Being a caregiver takes dedication, commitment, guts and courage. To have such responsibility for an older person is huge and I respect and admire every single one of my amazing team.”

Clare’s diary of calendar events includes weekly memory cafes with reminiscence activities for people with dementia as well as transforming a local centre into a dementia-friendly supper club once a month.

After hearing that one of her clients was missing visits to the pub and chatting about football because all his friends had passed away, she set up a monthly Gentlemen’s pub lunch club. A number of ‘old boys’ who were also missing male companionship soon joined the lunch club.

She wanted to devise social events with a sense of style and sophistication too. With that in mind – the All England Lawn Tennis Club plays hosts to her Coffee and Culture club at Wimbledon offering intelligent conversation, tennis talks and Centre Court tours.

An employer of choice

Clare’s commitment to her caregivers ranges from on-going training programmes to equip her team to work in the sensitive space of elder care, to a loyalty bonus where pay increases per hour for each year they have stayed with her.

Her winter reward initiative was also highlighted by the CQC inspectors who noted: ‘Last winter the office team took out a ‘support vehicle’ to caregivers. This was loaded with hot chocolate and coffee, fruit, sandwiches, ice scrapers, de-icers, gloves and torches. They waited outside the person’s house to surprise the caregiver with treats and to thank them for their hard work.’

Caregivers spoke highly to the CQC inspectors in turn saying: ‘This is not a job it’s much more.’ and ‘It’s a privilege to be working for Home Instead.’

Proof positive of a better way

Clare’s own care career journey began after losing her father Mike to Motor Neurone Disease and her mother Anna to cancer within seven months of each other. Having seen an endless stream of different faces visiting her parents, carers with little time, who didn’t know her loved ones, their strengths or weaknesses, she was inspired to make a stand for quality home care.

Said Clare: “I’m proud to be part of the Home Instead network and proud to be making a difference to so many lives in our wider community. I’ve found my niche in life and now I can fully recognise myself as a businesswoman and business leader in my own right.”

Clare’s financials pay testimony to the franchise model’s return on investment. In 16/17 her turnover was £1.3million with figures from April to December 17 at £1.6million.

Home Instead boasts the most Outstanding Ratings from the CQC of any homecare provider with 22 Outstandings achieved across the network since the new Ofsted-style rating system was introduced. The most recent three franchises to achieve the highest rating includes the Ipswich, Eastbourne and Guildford offices.

There are 120 territories available with Home Instead Senior Care across the UK including four territory resales.

What is the relationship between a franchisor and franchisee?
»