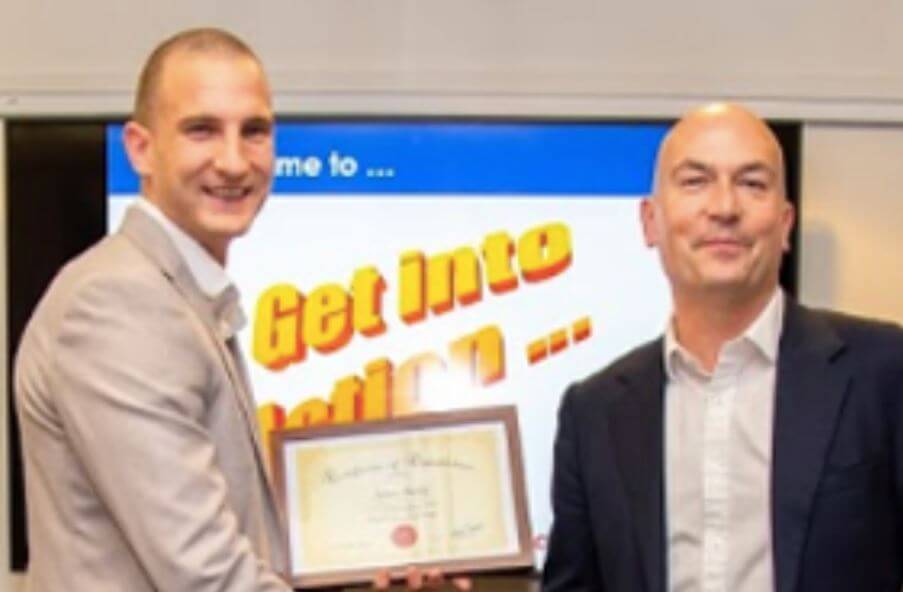 From homeless to earning a six-figure salary

14 years ago, James Burke was homeless. Now, aged 30, he is earning six figures. He runs ActionCOACH Salford, a business coaching franchise, taking over the territory less than two years ago.

Getting to this stage was tough. At 23 he realised he needed to do something to turn his life around, getting a job at an estate agents and working his way up to branch manager, before becoming a director of a major estate agents. This business skill and he acumen acquired, he felt, made him an ideal person to coach and mentor businesses.

He has been so successful on this journey that he has been shortlisted in the Next Generation category at the bfa HSBC British Franchise Awards, taking place at the Vox, Birmingham, on November 30, open to any franchisee aged 35 and under.

“I was inspired to become a franchisee because I wanted to make a difference in my community and the ActionCOACH franchise offering the support to do that more quickly than starting up on my own. A few months into starting the business, James, his now-fiancée, Lauren, and son, Matthew, went on holiday to Ibiza. The couple were expecting their second child and wanted to have their last break before their daughter arrived. Little did they know, this holiday would be one they would never forget.

“The day we got to Ibiza, Lilly was born. She was 10 weeks early and we had to spend a total of nine weeks on the island. Luckily, I could still operate my business from Ibiza. With ActionCOACH’s exclusive client generation centre actively supporting my marketing and enquiries, I was able to carry on growing the business whilst being there for my family.

“I would travel home every fortnight for two days to do group coaching sessions and completed my one-to-one sessions using Skype. If I’d have been in business on my own, it wouldn’t have been possible to keep it going.” James Burke, Franchisee.

“James’ story is really inspiring. From being homeless and having real troubles in his life, he turned all of that around and more and, aged just 30, is a really successful franchisee who continues to give back to the community.”

“James wants to grow his business and add extra territories, and from his experience, I am certain that he will be incredibly successful in doing so. In the past year he has employed 37 people and turnover has increased more than fivefold.”

To find out more about a franchise with ActionCOACH, Click Here.