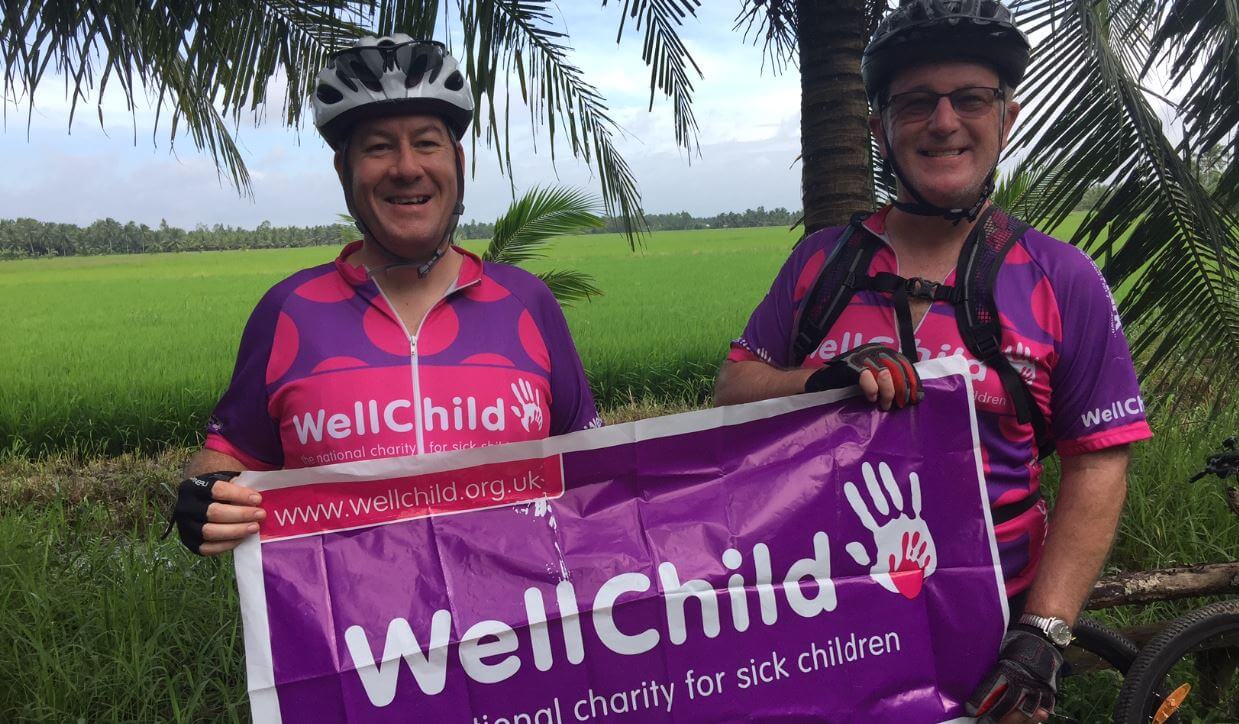 Nigel Toplis, managing director of multi-franchise operation, The Bardon Group, is gearing up for another gruelling charity challenge that will see him walk the infamous Inca Trail to Machu Picchu in Peru next spring.

Nigel, who so far has raised over £60,000 for WellChild, will once again be joined by his friend and colleague Russell Golding, owner of Recognition Express Home Counties North.

WellChild is the national charity for sick children and its vision is for every child and young person living with serious health needs to have the best chance to thrive, properly supported at home with their families.

The pair are no strangers to a fundraising expedition. In 2017 they took on a charity cycle ride from Ho Chi Minh City to Angkor Wat – a trip that took in two countries and 540km in 90% humidity.

April 2020’s Peruvian adventure will be the sixth challenge the duo will have undertaken having also previously conquered Mount Kilimanjaro, trekked the Sumatran jungle and walked across the Sahara.

Nigel, who will turn 62 this year, commented: “After the 2017 cycle ride, I said that would be my last physical charity exertion. But having been invited to Buckingham Palace in spring this year as a thank you for our fundraising efforts, I thought maybe there was one more adventure in me. It was such a humbling experience that I ended up thinking it was the least I could do.

“WellChild is a truly phenomenal charity. Over 100,000 children and young people are living with serious illness and exception health needs across the UK. WellChild is passionate about raising awareness and ensuring that families get the support they need. Last year the charity was able to support 1,237 families through its programmes which are funded by the efforts of hundreds of individuals who, like Russell and I, are committed to supporting the amazing work that WellChild does.”

One of the greatest potential difficulties Nigel and Russell will face on their four-day hike will be the altitude. Beginning in Cuzco at 3,400 metres above sea level, the classic Inca trail will take the intrepid pair through diverse environments including cloud forest, jungle and alpine tundra and will include the worryingly named Dead Woman’s Pass at a nail-biting 4,215m.

Nigel concluded: “It will no doubt be tough, and we will face our challenges as we have on the other adventures we have taken together. But what we always keep in mind it that it is for a fantastic cause and that those children and families supported by WellChild face much greater challenges every day.  Their courage and resilience is our inspiration.”

Donations to WellChild can be made via Nigel’s Just Giving page at  https://www.justgiving.com/fundraising/nigel-toplis1