Recognition Express Doing it for the Girls 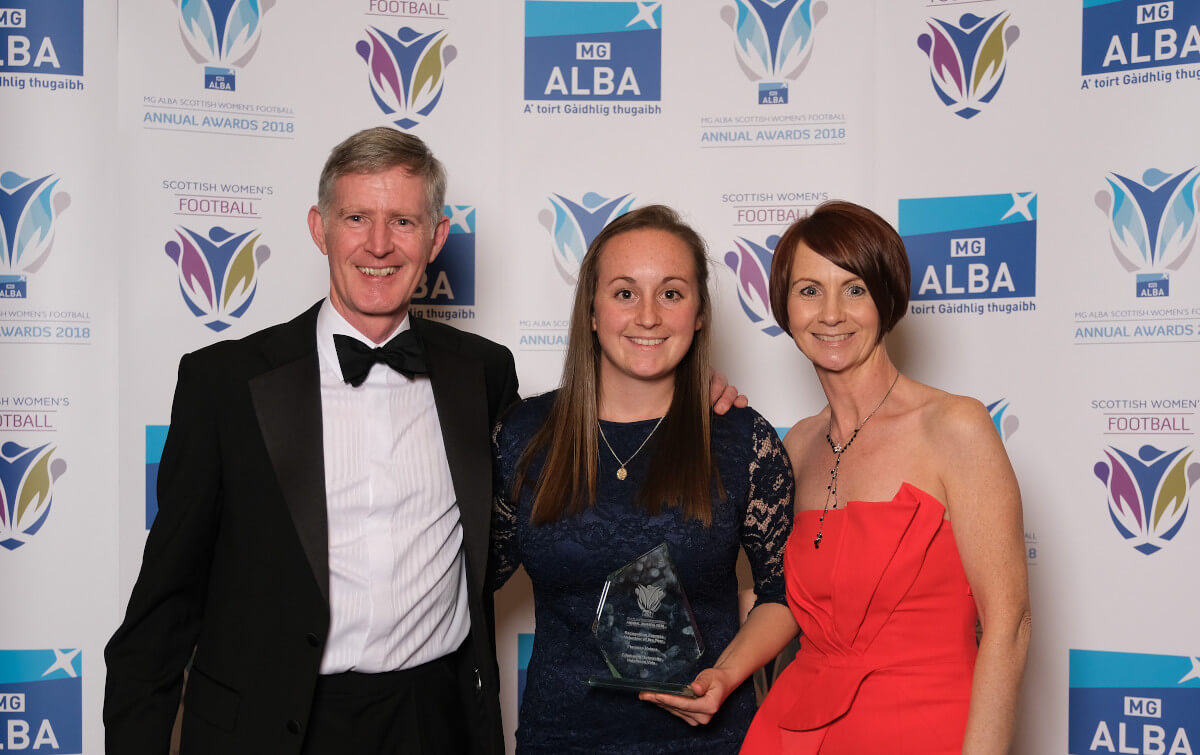 Owners of Recognition Express West Scotland  Ciorsdan and Stephen Price are showing their support for women’s football by sponsoring the Scottish Women’s Football Awards for the second year running.

The Prices, who own Recognition Express West Scotland based in Ayr, first supported the awards in 2018 after being approached by the organisers to provide medals and trophies for the award night itself. This year they are the proud sponsors of the Volunteer of the Year Award, one of 17 award categories in the programme being run by Scottish Women’s Football.

Recognition Express West Scotland specialises in corporate recognition merchandise and has a comprehensive range of medals, award plaques and glass trophies among its catalogue of products and Ciorsdan commented: “Supporting these awards is such a natural fit for our business in terms of products, but we are also delighted to be supporting women’s football in Scotland. There’s a long way to go until the profile of women’s football is on a par with the men’s game, but the work of Scottish Women’s Football is helping to address that and we are delighted to be able to support an award that helps celebrate the success of all those involved in the women’s game.”

Ciorsdan and Stephen will attend the award ceremony, taking place at the Glasgow Marriott Hotel on 30th November, to present the Volunteer of the Year Award to the lucky winner. The event aims to recognise talent in all aspects of the game from volunteering to coaching, as well as football skills with awards such as Save of the Season, Goal of the Season and team skills with youth and adult women’s teams from across Scotland all in the running to receive the coveted trophies.

Stephen added: “I can think of no better way to celebrate the success of women’s football here in Scotland than with an awards night like this. It was a pleasure to be involved in last year’s event and we had no hesitation in supporting the event again this year. We work with numerous sports clubs, school and business football teams and local league teams in our area and the businesses that sponsor them, providing them with branded attire and items such as sports bottles and trophies. Not only do we look forward to supporting the event itself, but we also look forward to seeing many of our customers on 30th November.”

To find out more about becoming a franchisee with Recognition Express, Click Here.

How to become a franchise consultant
»