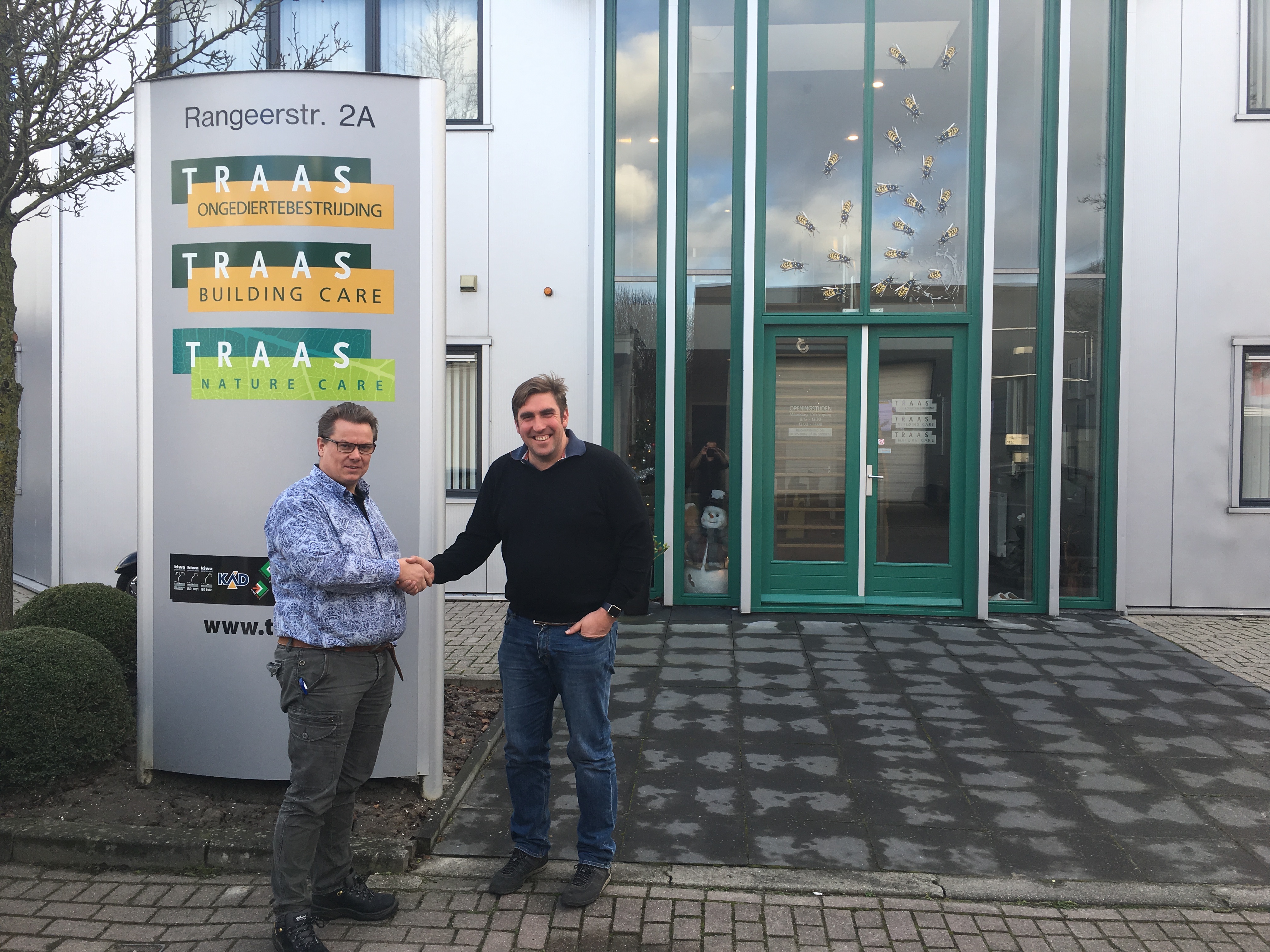 Founded by Martin Chignall and Michael Cook in 1991 and franchised in 1994, StumpBusters provides tree stump grinding services to commercial and domestic land owners across the United Kingdom.

Darren was a StumpBusters franchisee before he bought the business, purchasing his 1st territory in 2006, 2nd in 2007, 3rd in 2009 and his final territory in 2010. In 2013 he purchased the entire StumpBusters UK business from Cook and Chignall. StumpBusters currently turn over just under £3m a year and has been a full member of the bfa since 2008.  They have 38 franchisees out of a maximum of 43 franchise territories.

‘StumpBusters has been very successful in the UK so I naturally thought about other areas for expanding the business. I’d been considering selling a master franchise, having been to a bfa (British Franchise Association) event on the subject; the speaker advised me to look at the Netherlands as a starting point because the Dutch are very familiar with the franchise system, having multiple food-based franchises and in geographical terms they are close enough to make visits to exhibitions and meetings with potential master franchisors very manageable. With the new Eurostar service from London St Pancras to the Amsterdam beginning in early April, I can be in Holland in just three hours and forty minutes.’

To begin his search, Darren attended a franchise exhibition organised by Dutch franchise consultants Koelewijn and Partners, where he was introduced to Peter Traas, the owner of a well-established Dutch pest-control franchise.  In January 2018, following the necessary legal process, Peter purchased the master franchise of StumpBusters for the Netherlands.

‘The whole transaction was relatively easy. Following our initial introduction, I met Peter at his office in Holland and explained about the business in more detail, after which he came over to see how we run things in the UK. We took some specialist franchise legal advice and within a few months I was back in Holland, signing the paper work. I’m really pleased we’ve been able to seal this deal, a significant milestone in the StumpBuster’s history.  My team and I are delighted to welcome Peter as our first master franchisor and we’re looking forward to working with him and meeting the first Dutch StumpBusters franchisees in the very near future.’

Commenting on the purchase Peter said,

‘As a company we have experience in stump-removal as well as franchising, so we are confident we know what we are doing and are feel very positive about buying this master franchise from StumpBusters.’

Here’s why you should consider buying a franchise
»