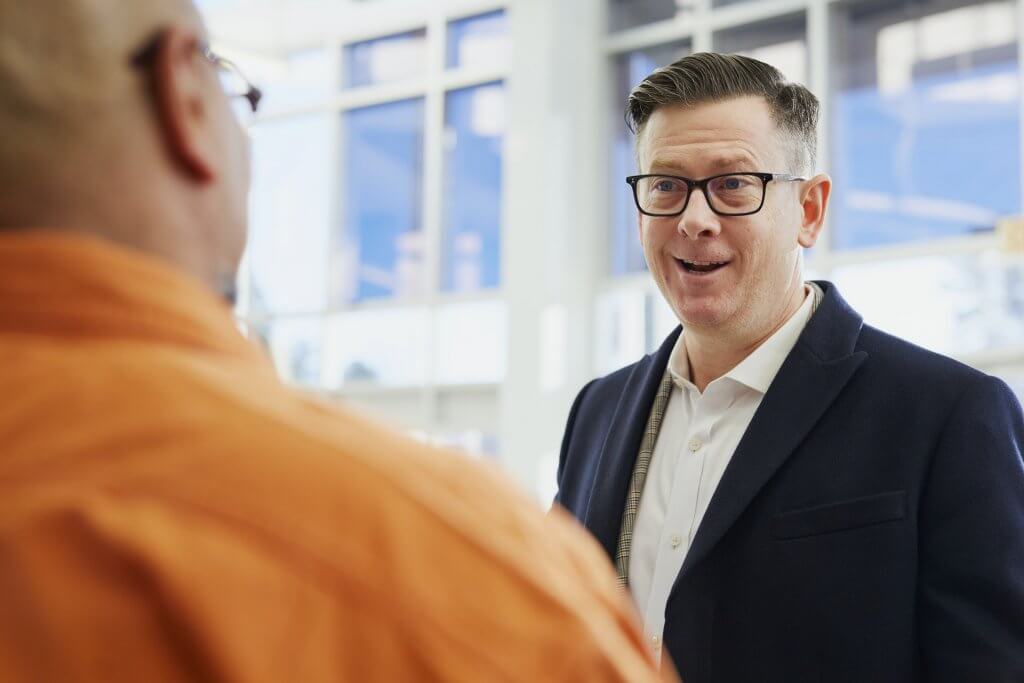 The Growing Your Own Business Exhibition features companies that offer small business advice and can help established businesses to develop and grow. The exhibition is supported by a free conference with seminars providing practical advice and information on all aspects of growing a business. Speakers include leading advisers, consultants and successful entrepreneurs who will provide case studies and success stories.

Since Roscoe Urosevic joined The Filta Group he has ushered in the company’s transformation from a regional franchise network to a global group developing a portfolio of franchise brands. Stuart Anderson interviews

“The only way to succeed (in the USA) was to go over there with our own team. In less than 18 months we had over 180 US franchisees up and running. Whereas in our Founders of Franchising interviews we usually speak to the company founder, for this edition we sought an audience with Roscoe Urosevic who built the foundations for the Filta Group to go global and founded three new business concepts under its umbrella.”

FiltaFry, established in 1995 by Jason Sayers as the Filta Group’s first franchise concept, had launched 20 franchisees by the time Roscoe ploughed his own investment into the company and took over as Managing Director.

“Cleaning fryers and dealing with waste cooking oil is one of the worst jobs you can do in a kitchen,” he comments. “Jason had conceived of a solution to this problem and partnered with a company specialising in dialysis of industrial hydraulic fluids to adapt its technology and develop a specialised filtration system. The equipment and business model are great, but when I bought in the company had plateaued because its management simply wasn’t configured to operate in a structured way. It was much like a corner shop trying to become a supermarket.”

Roscoe’s background as a manager and director in the retail and service industries had equipped him to introduce structures, disciplines and controls to enable the business to grow larger.

“The first action I took was to reassure the franchisees of their roles in the future of the business, and I got them to sign up to our plans and strategies,” he recalls. “I quickly learned of the phenomenon in franchising of the ‘comfort zone’.

“This occurs when you have franchisees earning more than they have ever earned before. As they reach this level, some franchisees will happily sit back and lose the motivation to continue growing. They end up sitting on a large patch and wasting its potential. I recognised that to combat this we had to reduce the size of the franchisee territories, so I negotiated for the head office to buy back parts of some territories in order to redesign the map.”

Under Roscoe’s leadership the Filta Group has developed new franchise concepts which tap into new and existing customer bases to capitalise on the company’s brand power, support network and franchising expertise. These are FiltaSonix, Chemi-Call and ValetPlus.

“The franchisees don’t compete with each other, but rather complement each other in their shared territories,” he explains. “We’ve been very careful to ensure that the back of house elements of these franchise concepts are the same in terms of the training provision, support and centralised accounting system. We have set up conduits for generating referral business including exchange commissions for franchisees who successfully refer their clients to other Filta Group franchisees. For instance, a FiltaFry franchisee will clean the fryer, but if the rest of the kitchen needs cleaning and they refer the client to Filtasonix to deal with it, they earn 10 per cent of the revenue for that job.”

FiltaFry has led the company’s expansion into overseas markets, with Master Franchisees established in nine countries and a direct franchising operation in the USA. “The first couple of Master Franchisees approached us,” Roscoe commented.

“They spotted our UK website, liked the concept and got in touch. We had no international expansion plan or strategy as we were concentrating on bringing the UK market to maturation and launching our new franchise concepts. However, we were impressed with the candidates and agreed terms to grant Master Franchises in Portugal and Australia. Then we started looking seriously at developing the concept in the USA.”

The move into the US market required the company to commit substantial head office resources, with founder Sayers and company President Victor Clewes moving across the Atlantic to head up its North American head office. “We had put a pilot operation in place, but were finding that we couldn’t manage it long distance – the only way to succeed was to go over there with our own team,” Roscoe reveals. “With our USA HQ operation driving our development there, in less than 18 months we had over 180 US franchisees up and running.

With the scope of the Filta Group’s brand portfolio increasing, Roscoe is looking for Master Franchisees with the capability to build multiple networks under its brands. “The potential of these businesses is limitless,” he reflects. “Every day the media talks about reducing waste – we fit perfectly into that and the world is coming to us.

We are seeking Master Franchisees who are looking to take on multiple Filta Group concepts – once you’ve got the recruitment, training and support infrastructure in place you can easily carry these additions. Several Master Franchisees have bought all our concepts now and are rolling them out sequentially. For example, our Greek Master Franchisee shares this vision – the Olympics made the Greeks realise how far out of kilter they are with the EU in terms of environmental health issues.”

Meanwhile, the focus on development in the UK is undiminished, with the FiltaFry franchisee network now 70-strong and nearing completion. “We have around 20 territories left to fill for FiltaFry, but there are plenty of opportunities open with our other concepts,” Roscoe reported. “We have three franchisees in operation and a further three in the stocks for ValetPlus, which we are developing as more of a management franchise opportunity.

We have also had a lot of interest in Chemi-Call, which was launched last year and has three franchisees up and running. FiltaSonix has been running so well that the division General Manager has purchased the UK development rights as a Master Franchise and has five management franchisees in place. We continue to look for other business opportunities to fit into our portfolio of franchise brands and build the Filta Group as a global conduit for business opportunity propositions.”