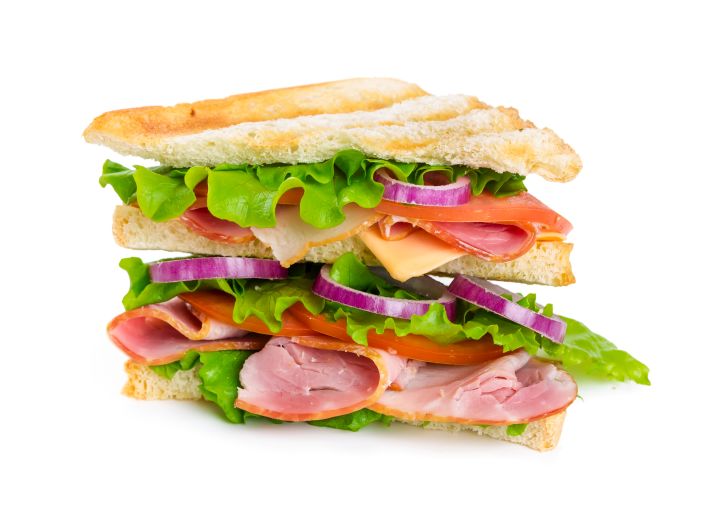 What are the top sandwich franchises to own?

A selection of tasty ingredients bookended by slabs of bread, the Sandwich franchises is one of the most franchises in the UK. According to British Sandwich Week, between us we manage to consume an impressive 11.5 billion sandwiches a year. That’s enough to go around the world about 44 times – more if everyone opted for a baguette. From egg mayo to tuna, and cheese to ham, Brits love sandwiches in every way, shape and form. In fact, a poll in 2015 found that the humble cheese sanger is the most popular lunch among UK office workers. This was closely followed by the ham sandwich with the chicken sandwich coming in third. This is why Sandwich franchises are becoming more and more popular.

Although many of the sandwiches we munch our way through are made at home, a large proportion are shop bought. In fact, well over 3.5 billion sandwiches are purchased from catering companies, cafes and shops every year in the UK alone. This adds up to a staggering £7.85 billion, a significant amount of lunch money in anyone’s book. In the UK, over 300,000 people are employed by the sandwich industry, making it a very important part of the country’s economy.

With sales of sandwiches still on the up and the popularity of the convenient lunch food showing no signs of waning, it’s not surprising that many entrepreneurs are considering investing in a sandwich franchise. Readily available in most parts of the UK, a sandwich franchise could allow ambitious business people to get their own slice of the sandwich pie.

In the UK, Subway is the best-known sandwich franchise by a country mile. Founded by 17-year-old Fred DeLuca and family friend Peter Buck in Connecticut in 1965, the brand was soon a hit and by 1974, DeLuca and Buck had 16 restaurants across the state. Just four years later in 1978, franchising had helped the entrepreneurs increase their rate of expansion and the Subway chain had grown to incorporate 100 eateries. In 1987, Subway opened its 1,000th restaurant and by 1998, the chain had 10,000 locations. Throughout the noughties, Subway continued its rapid expansion and today the chain has a whopping 44,608 eateries worldwide.

One of the biggest appeals of Subway to potential franchisees is its affordability. Even when compared to other sandwich franchises, the chain stacks up well. This makes it a lot easier for entrepreneurs to open a location of their own and allows larger numbers of franchisees to invest in the business.

In the UK, Subway has a very strong presence with 2,500 locations across the country. Not content with their dominance of the sandwich market, the chain plans to open a further 500 eateries by 2020, bringing the total number of branches to 3,000 and creating a potential 5,000 jobs in the process. This means that there will be plenty of opportunities for UK entrepreneurs to invest in Subway franchises across the country.

Although it can’t claim to compete with Subway when it comes to size or brand recognition, Jimmy John’s Gourmet Sandwiches is beginning to carve its own niche in the franchise world. Like Subway, the founder of Jimmy John’s was still a teenager when he took his first steps into the business world. In 1983, 19-year-old James J. Liautaud opened the first Jimmy John’s in Charleston, Illinois. All he had to work with was a few pieces of used equipment including an oven, a meat slicer, a fridge and a freezer.

To garner custom, he handed out sandwiches to college students in his hometown and launched a delivery service. It didn’t take long for his eatery to get a great reputation and he soon opened several more locations in the local area. In 1993, Liautaud began franchising and today has 1,020 locations around the US.

With just 379 locations around the US and further afield, Charley’s Grilled Subs is a relatively small operation in the world of sandwiches. However, a loyal following and a good reputation makes this franchise an interesting option for those looking for a sandwich business with a bit of bite.

The business was founded by Charley Shin, who opened his first restaurant at the tender age of 22. His masterstroke was to introduce the Philly cheese steak to his eatery on the campus of Ohio State University. The students went wild for his meat- and cheese-laden creations and soon more branches were springing up around the country. Today, Charley’s Grilled Subs can be found in locations across the US and around the world in countries including the UK, Germany, Italy, Poland, Panama, Brazil and Saudi Arabia, giving people everywhere to chance to sample some traditional US cuisine.

These days, customers are more health conscious than ever. As a result, a lot of people, if given the choice, would shun a sandwich that’s packed full of salty meat and fatty cheese in favour of less calorie-laden alternatives. This is the food niche in which Pita Pit is fast making a name for itself. Offering Lebanese style pitta breads filled with lean meats, salad, cheese, vegetables and tasty sauces, they make a great alternative to the traditional sandwich.

The chain began franchising in 1997 and today has around 295 locations. A great opportunity for franchisees looking to take advantage of the current trend towards healthy eating, Sandwich franchises e.g. Pita Pit franchise could make a good investment.

The second-largest fast food Sandwich franchises in the US, Arby’s has almost 4,000 branches across America and around the world. Founded by brothers Forrest and Leroy Raffel in the 1950s (Arby comes from the abbreviation R.B., for Raffel Brothers), the brand began franchising in 1965. Dishing up a classic menu of sandwiches, fries and iced tea as well as a few lighter options, the eatery soon made a name for itself on the American food scene.

Franchisees who invest in this brand will be working under a very recognisable name. Even outside the US a lot of people have heard of the chain and brand recognition is pretty good. However, the start-up costs for opening an Arby’s can be high, with franchisees expected to pay up to $2.4 million to launch their eatery.

Founded in 1994 by former firefighters and brothers Chris and Robin Sorensen, Firehouse Subs still has a very strong connection to the fire service. The décor of each Firehouse Subs restaurant is reminiscent of a fire station and the company supports the Firehouse Subs Safety Foundation which works with local communities and provides fire departments and other emergency services with the training they need.

The company’s strong brand identity helps it to stand out from the crowd and is great for brand recognition. There are currently around 360 branches across the US with more opening in the coming months and years. To become a franchisee, entrepreneurs will need to invest between $197,500 and $412,700 for the Sandwich franchises.

The nation’s appetite for sandwiches of all kinds remains as strong as ever, making sandwich franchises a fantastic option for entrepreneurs who want to cash in on the country’s hunger pangs.

To find out more about the different opportunities near you or to learn more about franchising, take a look around our site today.

What are the advantages of buying a franchise?
»