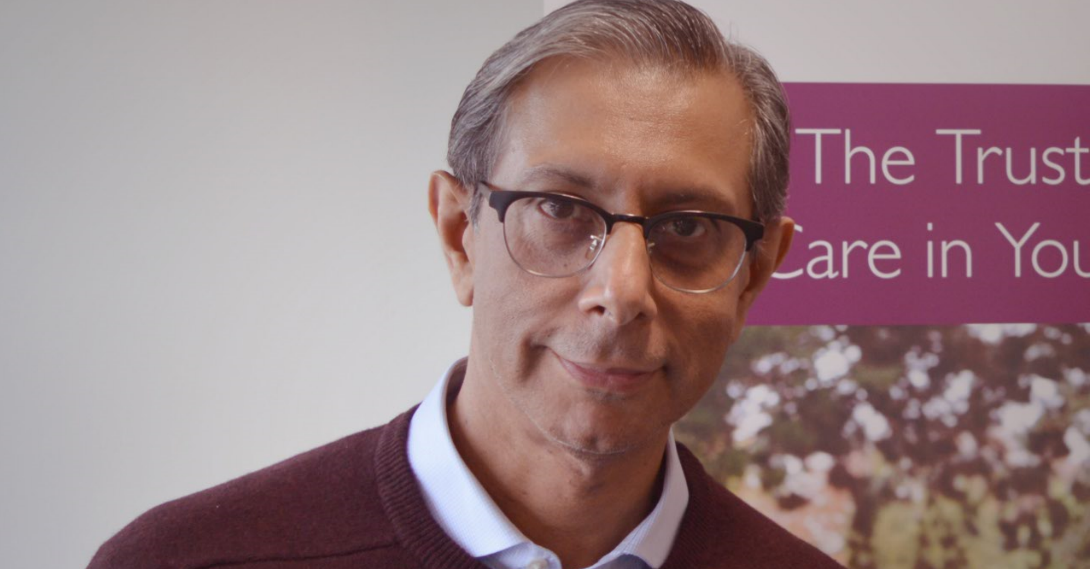 As the end of 2017 approaches, thoughts turn to New Year resolutions and plans. Whilst January is a popular month for people to consider a career change, the timescale involved in buying a franchise means that now is the perfect time to pick up the phone if you want to open your Home Instead franchise in 2018.

Read on to explore the New Owner calendar countdown and to hear from Paul Sahota, who opened the Slough & Uxbridge franchise in May 2017, as he tells us what to expect and why a Home Instead franchise was the perfect choice for him…

When dad-of-two Paul Sahota decided it was time to ‘retire from the City and do something else’, he knew that it wouldn’t be retirement in the traditional sense. After 25 years working in financial services in London with banks, asset managers, insurers and Big 4 consultancy firms, Paul decided in 2015 that the time had come to look for a new challenge.

It was the death of his father three years earlier that had made Paul consider his future. He says: “We were really close, good mates really, so it shook me and made me think about the inevitability of life. I took a close look at myself and it started to trigger the thought process that maybe it was time for a change. Then, I completed a training programme at Aviva, which is where I was working at the time. This was no regular training programme. The focus of this one was on understanding one’s personal values and making positive change to align these with work or business, or indeed in all one’s actions.’

“Finally, I knew I wanted to do something community based and that would allow me to work into my 70s, where I could use my skills to give back to society. I didn’t see myself retiring to the coast with a little tea shop, that’s not me.”

With a long association with financial services regulators and the Charities Commission – in his voluntary trustee roles – Paul was no stranger to regulation, corporate governance and risk. He therefore understood the risk involved in starting a new venture and after careful research, decided that a franchise offered the best balance for what he was looking for.

After looking at a number of well-known fast food franchises, Paul quickly came to the conclusion that whilst they offer proven financial models, there was another sector that aligned more closely with his values. He explains: “I had worked for insurance companies for a number of years and so had seen how much the demographics and health care needs of our population had changed. There is an ageing population and an at home care market, but there is a real shortage of quality care.”

Paul looked at three homecare franchisors; Home Instead Senior Care was the fourth. He says: “I got a warm feeling right from the word go. I saw the brand and looked at the website, and had pretty much made my mind up. From that point, I knew I had to carry out some robust research and prove that it was the right one for me. As I researched, my hunch became a firmer conclusion. I could see that the Home Instead model has proven longevity and with estimated operating profits of 15-20%, I knew it would be a sound investment, whilst allowing me to provide quality homecare for seniors in my community.”

Going into the process with his ‘eyes wide open’, Paul made his first enquiry in March 2015. After a phone call to find out more about his background and plans, Paul was invited to a meeting at National Office. This first meeting is a chance for a much more in-depth discussion. The prospective franchisee is given information about the market, Home Instead’s unique relationship-led model with visits that last a minimum of one hour, and the first-class training and support package it provides franchisees.

Still convinced that Home Instead was the opportunity he was looking for, Paul then visited a number of other owners in the neighbouring towns to Slough & Uxbridge, which is where he was looking to open his franchise. He says: “Every owner I met had a positive story to tell. They gave me great insight and were honest about the fact it required hard work, resilience and an eye for detail, but that it was incredibly rewarding.”

After regular contact and additional meetings with National Office, Paul was offered the Slough & Uxbridge franchise. “I was overjoyed when the offer was made. It had been a really robust process and so we knew it was a good fit for both parties. This just felt right, it was a great result after months/years of planning.”

Once the paperwork was complete, Paul attended a Getting Started Day at National Office and then his New Owner Training, which lasts a week.

Opening his Slough & Uxbridge franchise in May 2017, Paul is on track to achieve the initial targets set in his business plan. Commenting on the support he’s received in his first six months, Paul says: “Brian, my Business Performance Manager was always available and there to answer questions, offer advice or signpost information. He became a ‘critical friend’ and helped inform the decisions that would shape my franchise. Clare from the Quality Team has also been to visit on numerous occasions and has been a really great support. Being part of a franchise network definitely gives reassurance. It means there’s always someone who’d experienced what you’re experiencing and can say ‘it’s OK, this is normal’.

“The way things are going, I couldn’t have hoped for a better start. I’ve never once wondered if I’ve made the right decision. For anyone who is considering a change in the New Year and thinks a Home Instead franchise could be for them, do your research, take advice, plan, and then get on with it – in short, it’s a liberating experience!”

Home Instead Senior Care has 120 territories available including 4 territory resales.

Typically, it takes about six months from your first enquiry to completing your New Owner Training, depending on your timescales. Here’s what to expect during the process.

First enquiry: Once you’ve made your initial enquiry, the Franchise Development team will get in touch to arrange a call.

First meeting: This meeting lasts approximately three to four hours and is a chance to discuss the market, the Home Instead model, pricing and detail the support you will receive. This meeting is also an opportunity for you to demonstrate the qualities you would like to bring to your own business as a franchisee.

Following this meeting, the Franchise Development team will keep in regular contact, supporting you through your journey.

Meeting the network: You’ll be introduced to a number of owners in the network for you to speak to and meet, this may be neighbouring owners, owners with similar territories or owners of younger offices, depending on your preferences. This gives you a chance to find out first-hand what it’s like to be a Home Instead franchisee and experience the day to day running of a franchise.

Second meeting: The next step is inviting, you to a second meeting where you’ll meet the Managing Director and Financial Controller. Together, we’ll go through your business plan and questions either of us have.

Your offer: Once you’ve had your second meeting and everyone is in agreement, you will be sent an offer letter and our franchise agreement.

New Owner Training: Our training course is a week-long and held at our National Office. This means you meet our team and each department will train you on different aspects of the business. The training provides the tools and knowledge to build solid foundations for your business and you will learn alongside other new owners, establishing peer support from day one.

You’ll also be invited to attend two further training courses, each two days long, at 90 and 180 days, where you’ll be supported and trained on next steps.

All I want for Christmas is …
»