‘Woman Franchisee of the Year’ is awarded to Cath Chalton 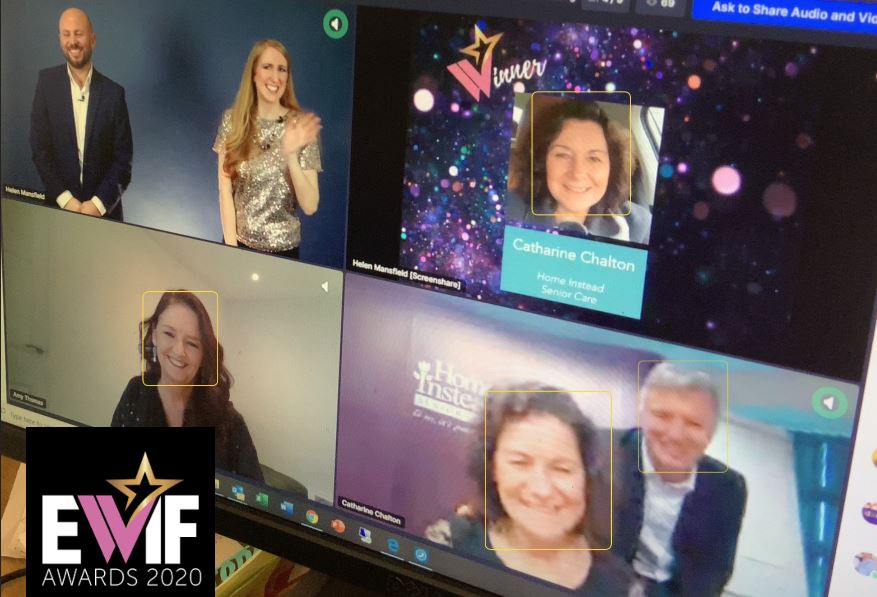 ‘Woman Franchisee of the Year’ is awarded to Cath Chalton

Home care franchise Home Instead, is delighted to announce that Cath Chalton, co-owner of the Wirral office has been named ‘Woman Franchisee of the Year’ at the NatWest EWIF (Encouraging Women into Franchising) awards 2020.

This year, this exciting event was held virtually, the team at EWIF did an exceptional job of ensuring that the awards could still go-ahead and it was certainly a shining light during these restricted times.

EWIF is a not-for-profit organisation, providing advice and guidance to women looking for a route into the franchise industry. Their mission is to educate, inspire and empower women considering or involved in franchising through a network of Ambassadors.

Amy Thomas from McDonalds presented the award and said, ‘Cath embodies the culture of the Home Instead network and is recognised for the high standard of service provided to their clients. She is as passionate about franchising as she is about her business. She is trusted to trial new developments and new initiatives so the whole franchise network benefits.’

Cath opened her hugely successful franchise in 2007 with her husband, Mike. She truly embodies a woman encouraging other women into franchising, having been on the board of the bfa (British Franchise Association) since 2013. She is also highly active in her local community, with her office running their own charitable arm ‘The Wirral Care Foundation’, which supports small, local initiatives.

2019 was a stellar year, alongside her 180 strong team, her office achieved their highest ever turnover and in 2020 they were proud to deliver their millionth hour of care!

The Wirral office was also proud to be awarded an ‘Outstanding’ rating in 2019 by the Care Quality Commission (CQC), the regulator of care providers in England, for the care they provide to their elderly clients.

CEO of Home Instead UK, Martin Jones said, “Cath is certainly a deserving winner for EWIF’s Woman Franchisee of the Year. I am very proud of her achievements and outstanding contribution to the Home Instead network, and the broader franchising sector. Congratulations!”

Congratulations must also go to all the hugely deserving winners and finalists, who are continuing to support franchising in what has been a difficult year for many businesses.

To learn more about a franchise with Home Instead, view the Home Instead Senior Care Franchise Profile.