Car Dealership Franchise UK – What are the benefits? 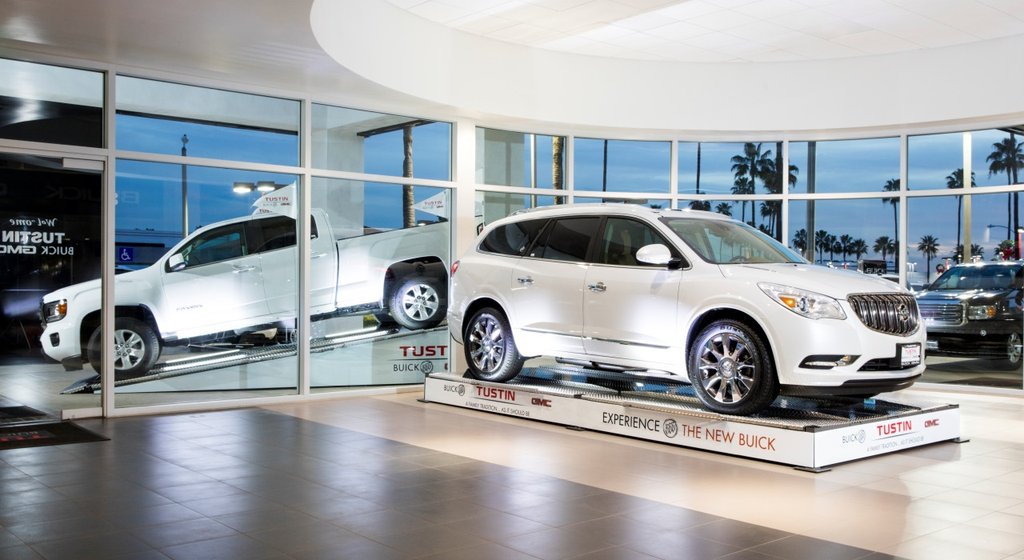 With more than 30 million cars on UK roads alone, it’s no surprise that the automotive industry is big business. Early cars were sold direct from the manufacturer to the consumer, or through other channels such as mail order and travelling sales reps. But over time, the manufacturers and consumers both realised that there was a more convenient and profitable way to do it for both parties. Just imagine buying a car by mail order these days, without being able to see it or test drive it. It’s just not going to happen.

And that’s where car dealerships came into the equation. And the model seemed to perfectly suit the franchise system. The manufacturers wanted to know that their vehicles were being sold by licenced and responsible sales people. The consumer wanted to know that the car they were buying was guaranteed and vouched for by the manufacturer. In fact, franchise laws now require that new cars can only be sold through dealerships that are licensed and bonded, so that there is some come back for the consumer.

What is a car dealership franchise?

These are businesses that are franchised to buy and sell vehicles made by specific companies. They are usually located on properties that have sufficient room to house a car showroom, as well as some garage space for maintenance and repairs. As such, they are often located outside the town centre, in convenient locations where there is ample room and easy access.

The car franchise dealership makes a profit partially by selling the cars but more usually by offering specialist services of repair and maintenance, from both the consumer and manufacturer.

In recent years, manufacturers have shifted the focus of their franchises to branding and technology. Facilities need to have a specific look in keeping with the parent brand and technicians have to project the appearance of product specialisation.

Although it is worth pointing out that there are such things as multi car franchise dealerships, which specialise in working with several car companies at the same time. There are also a few new car manufacturers who are moving away from the franchise model, such as Tesla in the US. But this is a cause of some confusion as cars must be sold by licenced dealers.

How consumers benefit from a car franchise dealership

Cars are highly regulated products that need to comply with a huge amount of legislation and licensing. They must meet environmental and safety standards. And franchises are governed by laws that protect the consumer, as well as the relationship between franchise and manufacturer. The business model works – which is why it is so popular.

But most importantly, consumers benefit on price. When franchises compete for price then they drop, which is great news for anyone buying a car. Studies have shown that when dealers of the same brands compete within 30 miles of each other, prices are much lower than when no other dealers are nearby. In some cases, this could result in savings of hundreds of pounds.

Car franchise dealerships can also compete on financing, with access to multiple lenders looking to outbid each other. And because financing is such a big part of many car purchases, this is more good news for the consumer. Dealers also compete on parts and service, which helps to lower price.

However, this is not necessarily great news for the franchise itself. This is why many franchisors have taken action to limit the amount of car franchise dealerships they can have in any one area. Because they know that consumers will drive an extra 10 minutes in order to make a big saving, they are being very careful not to saturate the market. Lower prices were starting to affect the ability to service the customer, with wars on prices not always leading to the best results. So, this is something the franchise system is working hard to remedy.

They have a dedicated distribution channel for their product, over which they still maintain some control. This means they have effectively outsourced the sales side of their business to professionals, leaving them free to focus on making new models.

Local communities also benefit from the car franchise dealership system, as they are big employers. The jobs they create are skilled and generally well paid, which is always good news for the local economy.

The benefits of buying a car franchise dealership

So far, we have looked at how car buyers and manufacturers benefit from the franchise system? But what is in it for the franchisee? Well, firstly, you get access to a proven operating system. This includes all the computer systems, technology, financial systems and support to help you make the business a success. This will be invaluable when you are starting out and also for the duration of the business.

You also have access to an established customer base. Brands like Mercedes, Ford and Volkswagen are household names with decade’s worth of brand loyalty behind them. As a car franchise dealership this kind of prestige means you are guaranteed an instant customer base from the moment you set up.

You also get training and tech support, which in an industry as dependent on technology as automobiles is essential. Much of the car franchise dealership profits come from servicing, which involves a high level of technical ability and training.

The risk of being a car franchise dealership owner is also significantly reduced. With the power of a vast multinational behind you, the chances of failure are much smaller. That’s because they have the knowledge and expertise to help you make it a success.

How much does a car franchise dealership cost?

The total investment required to start the franchise also varies, depending on the training expenses, insurance fees and multiple other factors. But you should expect to pay anything from £200,000 upwards for one of the bigger names in the industry.

Of course, you will also need to meet a number of legal and financial requirements, and pass several fit and proper persons tests. That’s in large part thanks to the legal restrictions on car franchises. And also due to the need of manufacturers to protect their brand.

As one of the most visible and common types of franchise, a car franchise dealership is a great way to get into the automotive industry. Cars are something that we all need and rely on, and as such they are big business across the UK. While the franchise process for each manufacturer may be slightly different, much of the process is governed by legal requirements so remains constant. If you have a desire to work with cars, or would like to find out about different vehicle retail franchises, fill out the enquiry form below.