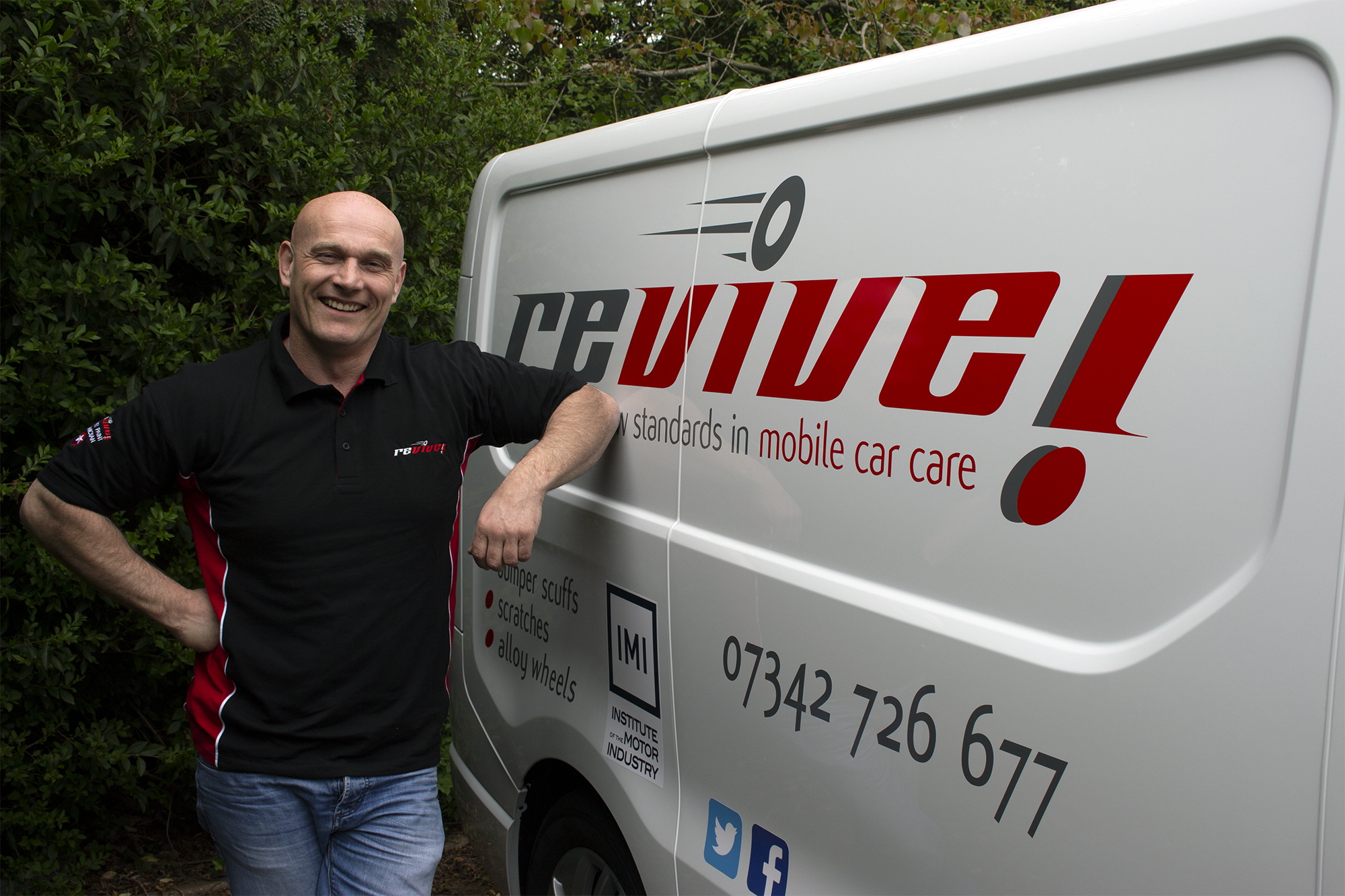 No stranger to franchising, the 47-year-old was previously group sales manager for Prime Fitness in Ireland, a franchisee of the énergie Group fitness franchise and set up the company’s first club Fit4less club in Poland alongside co-founding another successful polish fitness brand, Vitality Boutique Fitness.

But then his daughter was born and he realised that he was spending so much time commuting to Poland he was missing her growing up. And with a second child on the way he decided that it was time to take control of his own destiny, move closer to family full time and look for a franchise opportunity where he could be his own boss.

Working within the franchise industry he had been aware of Revive! for several years, and one day was sitting at home in London flicking through a franchise magazine when he saw a Revive! van parked right outside on a neighbour’s drive!  Soon after he happened to see Revive!’s high ranking in the Elite league table of franchises and decided that the coincidences were too great – he had to find out how to own a Revive! territory.

Said Jonny: “As I went through the interview process my opinion of Revive! just got higher and higher.  I gave up my operational role in Vitality Boutique Fitness and other commitments at that time as I realised that to be a Revive! franchisee you have to be 100% focused.  I was delighted to be offered the Edinburgh franchise and I have continued to be impressed by the franchisor’s head office team ever since.

“In my opinion the training and support Revive! offers are unique to the franchising industry.  I had five weeks of intensive training that was tailored specifically to me and my own level of learning. But it didn’t’t stop there. Most franchisors leave you very much alone when you get into your territory but not Revive!  Whenever I need technical advice my telephone call is returned almost immediately, and my head office operations support manager keeps in regular touch to mentor me and make sure everything is OK. There’s a real family feel to Revive! and I’m really enjoying being part of it.”

If you would like to find out more about the Revive! Franchise Opportunity, please click here -> Revive Franchise