What are the most successful franchise brands? 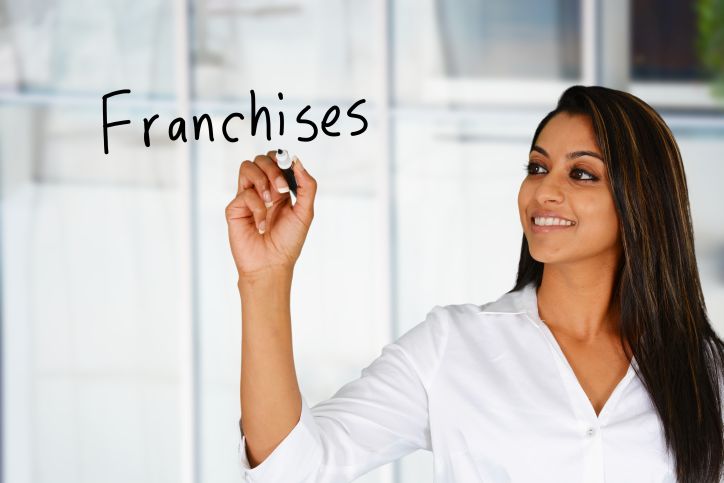 What are the most successful franchise brands of all time?

One of the most successful business models of all time, the franchise has had a huge impact on industries and economies around the world. Countless entrepreneurs have used the franchise as their way into business and their path to success, and millions of people use the services of a franchised brand every day. To get a better idea of just how impressive and ambitious these companies are, we decided to take a look at some of the most successful and most famous franchises of all time.

With an annual revenue of around $24 billion, a presence in around 120 countries and over 30,000 locations worldwide, McDonalds is arguably the most successful franchise of all time. In the UK alone, the brand employs around 85,000 people, with almost one million more employed around the world.

A product of 1950s America, the brand thrived by supplying the US with low cost, good quality food. McDonalds restaurants earned a reputation for serving a pared-down menu of just nine items. Burgers were just 15 cents and cheeseburgers were 19 cents. These low prices were incredibly popular in post-war America and it wasn’t uncommon for customers to be queuing around the block.

By using the franchise model, Raymond Kroc and the McDonald brothers managed to transform the business from a single restaurant to an international brand in just a few years. Franchising allowed McDonalds to keep its standards high while expanding at a phenomenal rate and meeting the needs of the local communities the restaurants served.

Founded way back in 1927, 7-Eleven was arguably the world’s first convenience store. For the last 80 years, the business has been a leader in the franchise world and today has over 57,000 branches in 17 countries. These days, 7-Eleven is probably the most recognisable name in convenience shopping – something that has helped it to retain its reputation as one of the best retail franchise options around.

Like all successful franchise brands, 7-Eleven has worked to develop excellent brand recognition and a reputation for quality and value. Franchisees also receive a high level of support from the corporate side of the business, something that helps to ensure that the vast majority of ventures are a success.

Some may be surprised to learn that Subway actually has more branches than McDonalds. The sandwich chain started life in 1965, when 17-year-old Fred DeLuca and family friend Peter Buck opened Pete’s Super Submarines in Bridgeport, Connecticut. The first few years weren’t easy, but the founders struggled on. In 1974, they decided to change the company’s name to Subway and begin franchising the business. Since then the brand has gone from strength to strength and opened thousands of branches around the world.

Today, the company has 2,500 stores in the UK alone. These outlets employ 18,500 people and have sales in excess of £500 million. Around the world, Subway has a staggering 44,000 eateries in 112 countries, showing just how popular the sandwich really is.

There are a number of factors behind Subway’s success, but one of the most obvious is that buying one of their franchises is surprisingly affordable. Out of the top ten sandwich franchises around today, Subway is among the cheapest, with start-up costs of between $84,000 and $258,000. For this, franchisees get a business with excellent brand recognition and a proven track record, two things that go a long way to making a new venture a success.

Dunkin’ Donuts can trace its history back to 1940s Massachusetts, when entrepreneur Bill Rosenberg launched Industrial Luncheon Services, a company that delivered meals and snacks to workers in the Boston region. This venture was incredibly successful and convinced Rosenberg there was a gap in the market for catering services in the area. A couple of years later he founded The Open Basket, a doughnut shop in Quincy, Massachusetts. Two years later he changed the name of the business to Dunkin’ Donuts and a classic American brand was born.

The enduring popularity of the doughnut and the success of the franchise have led to Dunkin’ Donuts spreading around the world. Today, the company has over 12,000 eateries in 45 countries and serves thousands of people every day. Like many of the franchises on our list, Dunkin’ Donuts has achieved success by evolving to suit changing consumer needs and demands while also retaining the core values and services that made it popular in the first place. This combination of modernity and tradition has helped Dunkin’ Donuts to achieve an annual revenue of around $828,9 million.

The first non-food related franchise on our list, Re/Max is a well-known estate agent that operates in multiple countries around the world. The franchise was founded in Colorado in 1973. It grew rapidly and today has around 7,000 branches in over 100 countries around the world. Although the franchise doesn’t yet have a strong presence in the UK, there are multiple Re/Max branches across Europe and many people are already familiar with the brand.

The franchise makes its money through commission earned on selling properties and by charging franchisees a ‘desk fee’ to use the brand and benefit from marketing campaigns. When a property is sold, the franchisee keeps the vast majority of the commission earned, with just a small percentage being taken by head office.

The idea behind the franchise was to give franchisees as much autonomy as possible to run their businesses. Re/Max hoped that by doing this they would attract more experienced agents and therefore a more reliable workforce. Unlike other successful franchises, the company doesn’t have a strict and clearly laid out system. This autonomy has lead to increased levels of variation between Re/Max branches, something that can be both a pro and a con when it comes to growing the business. For example, if one autonomous franchisee runs their business poorly, it will reflect badly on the rest of the businesses and could impact on future sales across the brand.

Like McDonalds, KFC was founded by an entrepreneur of more mature years. Colonel Harland Sanders didn’t become a professional chef until he was 40 and didn’t even begin franchising KFC until he was 62. Luckily for Sanders, he had a great product. Entrepreneurs around the US were quick to spot its potential and by 1963 there were 600 restaurants around the country selling the Colonel’s Kentucky Fried Chicken. In 1965, when the Colonel was 75, he sold his rights to the business for $2 million to John Y. Brown, Jr. and Jack C. Massey. Although he was no longer in control of KFC, Sanders retained a seat on the board and continued to act as the brand’s ambassador until his death in 1980.

The new owners of KFC expanded quickly and soon restaurants were popping up in locations around the world. Today, KFC has around 18,000 eateries in 120 countries and an annual revenue in excess of $10 billion.

With so many franchises achieving such incredible levels of success, it’s easy to see why the business model remains popular. If you’re thinking about investing in a franchise of your own or just want to find out more about the opportunities available, take a look around our site today.